You have your wireless mouse and your wireless keyboard. But that’s just the tip of the wireless iceberg that will be floating around your house or office in the new few years. And this wireless-ness will affect much more than your Macs and your iDevices.

Last year ABI Research forecast one million wireless HDTV installations by 2012. Why? Wireless will simplify some installations and allow more flexibility in positioning TVs, according to the research group. ABI Research says wireless-ness will continue to grow significantly because more and more consumers are going to the Internet for video content.

Exactly how this will shape up isn’t clear, as there are various technologies competing for Big Love: mainly, Wireless HD, Wireless Home Digital Interface and WiGig.

The WirelessHD specification is based on a 7GHz channel in the 60GHz Extremely High Frequency radio band. First-generation implementation achieves data rates from 4 Gbit/s, but the core technology allows theoretical data rates as high as 25 Gbit/s (compared to 10.2 Gbit/s for HDMI 1.3), permitting WirelessHD to scale to higher resolutions, color depth, and range.

The WirelessHD Consortium says the next generation of the WirelessHD specification will enable HDTVs, Blu-ray disc players, computers and portable devices to transmit, share and display content “in billions of colors with unprecedented vividness and accuracy, as well as instantaneously transfer large multi-gigabyte media files among a variety of devices.” It will also define common 3D formats and enable devices “to support HD resolution four times beyond the resolution of 1080p.”

“This feature allows the WirelessHD interface to transmit content at the same resolution as many digital theaters,” says the consortium.”Connected devices that include this [data support] feature supports sync’n go file transfers at 1 Gbps for portable and fixed devices. This new specification also provides for IP connectivity for Internet access and networking of WirelessHD devices.”

Then there’s the Wireless Home Digital Interface (WHDI, a consumer electronic standard for a wireless HDTV connectivity throughout the home. It’s being backed by AMIMON, Hitachi, LG Electronics, Motorola, Samsung, Sharp and Sony. WHDI enables uncompressed delivery of high-definition video over a wireless radio channel, allowing consumers to connect any source in the home to any display device.

WHDI provides a high-quality, uncompressed wireless link that can support delivery of equivalent video data rates of up to 3Gbps (including uncompressed 1080p) in a 40MHz channel in the 5GHz unlicensed band. The WHDI Consortium (http://www.whdi.org/Technology/) says its range is beyond 100 feet, through walls, and latency is less than one millisecond.

With WHDI, the TV in the living room could show movies from the Blu-Ray player in the bedroom, the kitchen TV could display the contents of the Mac in the home office, and a game on an iPad could be enjoyed on the basement projector without moving the gaming console from the kids’ bedroom. The consortium says WHDI is the first standard to enable universal, codec-independent, multi-room HD video connectivity through the delivery of uncompressed HD video using a revolutionary video modem approach that supports whole home coverage.

WHDI specifies the transmission of HD video as well as audio and control. A WHDI control protocol will allow purportedly users to control their A/V devices from any point in the home.

Although most of the digital sources are distributed to the home in compressed format, compressed video is rarely provided at the output of most video sources such as DVD players and set-top-boxes. One reason for this is copy-protection: compressed outputs are more susceptible and more sensitive to theft. Another reason is that interoperability on the compressed level is extremely challenging due to the multitude of video codecs, and displays cannot be expected to support all of them. Moreover, there are many sources that are generated uncompressed, such as gaming consoles and computers. WHDI is aimed at providing a solution — as is Wireless HD.

WiGig is backed by the Wireless Gigabit Alliance (http://www.wigig.org/), which certainly has some muscle behind it. Among the companies that comprise the WiGig Alliance board of directors are Atheros Communications, Broadcom, Cisco, Dell, Intel, LG Electronics., Marvell International, MediaTek, Microsoft, NEC, Nokia, Nvidia, Panasonic, Samsung, Toshia and Wilocity. These companies are joined by contributors that include Agilent Technologies, AMD, Beam Networks, NXP, Ralink Technology Corpo., Realtek, SK Telecom, STMicroelectronics, Tensorcom, Texas Instruments and TMC. (And, yes, some companies are backing multiple technologies.)

Protocol adaptation layers are being developed to support specific system interfaces including data buses for computer peripherals and display interfaces for HDTVs, monitors and projectors WiGig will offer support for beamforming, enabling robust communication at distances beyond 10 meters.

The WiGig specification will allow devices to communicate without wires at multi-gigabit speeds. It enables high performance wireless data, display and audio applications that supplement the capabilities of today’s wireless LAN devices, according to the Wireless Gigabit Alliance.

As far as I know, Apple hasn’t officially supported any of these technologies. But at least one of them will appear on Macs and iDevices within four years, by my estimates.

Which one? Hard to say, but WHDI is positioned as a leader in the market for streaming of wireless video content applications today and is forecast to maintain market dominance through 2015, according to Kirsten West, principal analyst with WTRS, an independent market research firm. WHDI is optimized for wireless video applications and has achieved significant growth over the last few quarters. Protocols such as WiGig and WirelessHD are likely to address both streaming video and bulk data transfer in consumer electronics and enterprise applications, says West.

‘The Faders’ to be available free on iTunes 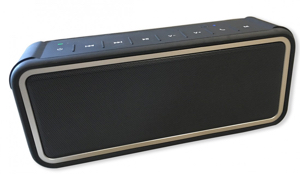