“The Boy Genius Report” (http://macosg.me/2/gw) says that “one of our reliable Apple sources has just filled us in on some of the company’s iTunes plans, including cloud capability with capabilities broken down into three groups:

° Streaming music and movies from Apple’s servers to your computers, devices, etc.;

° Streaming music and movies from your home computers to your other computers, remote devices, etc.;

If “Boy Genius” is right, this sounds like the much-rumored iTunes.com, aweb-based version of iTunes. The service — if it is coming — would likely be based on Apple’s purchase of Lala six months ago. Lala — which offered “the first and only free fully licensed service to instantly provide anywhere web access to an existing music library such as iTunes.”

The goal is probably to allow Apple to implement a new iTunes feature that would allow users to stream their purchased media content remotely. In fact, rumors of such a service surfaced earlier this year. Purportedly, the service would allow iTunes shoppers to build up a digital video collection (music, movies, TV shows, etc.) without having to worry about the intensive storage space involved. iTunes Replay would, per the rumors, stream music, TV shows and movies purchased on iTunes, so you wouldn’t have to download them after purchasing, freeing up hard drive space. 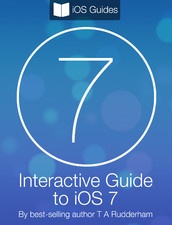