Apple has been accused of ”discrimination” over the design of their iPhone 4 and that left handers find it more difficult to use, reports the UK “Telegraph” (http://www.telegraph.co.uk/technology/apple/7855205/Apple-accused-of-discrimination-over-iPhone-4.html).

There have been complaints an antenna in the lower left corner can become masked when held by a left-handed owner, causing a drop in signal strength. Apple’s advice is, basically, “don’t hold it that way.”

Lauren Milsom, of the UKs’ Left-Handed Club, which boasts 90,000 members and represents 10% of the population who are left-handed, branded it a ”design flaw,” according to the “Telegraph.”

“‘It seems ludicrous to suggest that 10% of potential users should be told they have to adopt a less natural hand hold to use this latest technology,” Milson adds. “I would strongly suggest that Steve Jobs employs left-handers in his design and testing team in future, and urgently address this issue to ensure the phone is fit for purpose.” 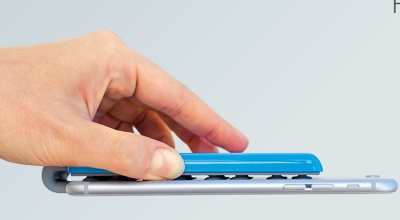