mTrip Travel Guides for iPhone and iPod touch hit the Apple App Store today with nine US and European city guides. Just like a personal tour guide, mTrip is there for you from planning your itinerary to guiding you around the entire city and describing tourist attractions, restaurants, hotels and more.

Theme Park Nerd has announced Universal Guide for the iPhone and iPod touch. The US$1.99 app is packed full of information on all of the rides, attractions and facilities at Universal Orlando and provides live wait time information direct from the resort. What’s more, you can set notifications so that you’re alerted when your favorite rides drop below a specified queue time.

MuleSoft, a web middleware company, has introduced TomcatStats, which it says is the world’s first Tomcat management app for the iPhone. It’s a free iPhone app that allows system administrators to monitor and manage multiple Apache Tomcat instances on premise and in the cloud directly from their mobile device, retrieving information including memory usage, web traffic statistics and server status, all from their iPhone or iPod touch.

Humana’s Games for Health team is launching the first of several iPhone applications that feature a “fun approach to helping people get healthier and achieve lifelong well-being.” Colorfall is a free puzzle game promoting cognitive health and physical activity.

Z_punkt The Foresight Company has released Megatrends 1.0 for iPhone, iPod touch and iPad users looking for a strategic planning tool. The $0.99 app offers the top 20 megatrends that will impact their associated industries for the next 15 years or more.

Blackmuse Software has introduced Rainy Days 1.0, a $0.99 game for the iPhone and iPod touch. With it you control the weather, raise your multiplier, and send your score into the stratosphere. Rainy Days keeps extensive records of your high scores, multipliers, and number of bonuses.

The action adventure game, Grokion has been updated to version 1.1. It’s a $1.99 game inspired by the dark explorations of Metroid and platforming of Mega Man.

Finkly Interactive has introduced Fare City: Taxi Mania 2.0, an update to its $0.99 game for iPhone, iPad and iPod touch devices. In Fare City the player assumes the role of taxi dispatcher, directing taxis around the streets of various locations in an increasingly manic rush to collect fares. Version 2.0 debuts Crazy Cabs, which brings a completely new slant to the game. Also released is a free edition of the game. 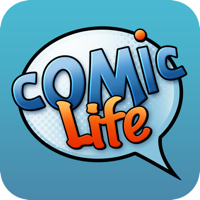