Many Tricks has released version 3.2 of Witch (http://manytricks.com/witch), its window switching utility for Mac OS X. The new version adds support for Spaces in Mac OS X 10.6 (“Snow Leopard”). You can now show a live preview of every open window; just leave a window selected for two seconds (changeable) in the switcher to see its preview.

With 3.5 the app adds a pref to control the interval before the live preview window appears (including Never and No Delay). You can now optionally use a small version of the live preview in place of the usual icons in the switcher. And the new version adds a pref to let the selector wrap around (as it does when using the keyboard) when scrolling via a scrollwheel or trackpad.

Spaces users can now work with windows in all Spaces using Witch 3.2. Users can optionally choose to see Space number badges on the window icons in Witch’s switching panel. 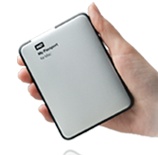 WD revs My Passport hard drive line for the Mac