IBM has announced an expansion of IBM Lotus messaging and collaboration software with the delivery of secure enterprise mail for the iPad. IBM Lotus Notes Traveler is no charge software that can be downloaded by Lotus Notes customers providing two-way, over-the-air synchronization of enterprise e-mail, calendar and contact between Lotus Domino servers and mobile devices, including the iPad. This means that Lotus Notes based information will automatically synchronize and be up to date on the device. Lotus Notes Traveler also allows iPad users to enjoy the security of per message mail encryption.

The Smithsonian’s Hirshhorn Museum and Sculpture Garden has released an iPhone/iPod touch app for “Yves Klein: With the Void, Full Powers,” the first major retrospective of the artist’s work in the United States in nearly 30 years. This is the first mobile application offered to the public by a Smithsonian art museum and costs US$1.99.

eVoice has introduced its free iPhone Voice app, which lets eVoice subscribers manage business on the go — answering and routing calls professionally, converting voice mails to text, while reinforcing the business-centric image mobile workers need when away from the office.

FlightView is a new, free flight tracking app for iPhone users. It offers the ability to organize and interact with travel information and actionable flight information.

BuilditLive.com (BIL) has launched its free Mobile PlanRoom app for the iPad. It provides contractors, engineers, and architects multi-user access to all of any given project’s construction drawings, specifications, notes, contracts, and other related documents.

MicaRed has produced OverTheAir, a free WebDAV client for iPhone, iPod Touch and iPad devices. It lets you view your files in any WebDAV enabled server, including Mobile Me iDisk, Box.net, filesanyware, myDisk, SwissDisk and more. OverTheAir lets users to view files in different online storages from a single interface, and supports Secure Socket Layer (SSL).

In partnership with the online games and entertainment portal, Miniclip, and new iPhone games studio Neon Play oday announces Flick Football 1.0, its first game for the iPhone and iPod touch. Flick Football is a $0.99 freekick football game where you use your finger to swipe the ball around the wall into the goal.

Riff Raters is a new $0.99 iPad app that “reinvents the Facebook experience, elevating it from the inane to the insane.” Along the way, it transforms the iPad (or iPhone or iPod touch )into an instant recording studio. With a press of a button, your just-recorded riffs instantly reverberate across social media platforms.

Promini is a new, $1.99 puzzle game from Eltima for the iPhone, iPod touch and iPad. The main idea of the game is cubes falling that have to be built up into 2X2 figures of the same color.The laser burns them every once in while forming new color mixes of the cubes that are still in the game. The player has to react fast and form the big complex figures of cubes — this will bring more points and special bucks. They can be then used to obtain various impressive bonuses like bombs, lightnings, laser slowdown etc.

Sifu Media has announced iBillionaire Genius for the iPhone, iPod touch and iPad. Developed by a member of MENSA, the $1.99 game tests each user’s mental mettle across a wide range of topics and subjects. To win, players must answer 20 challenging multiple choice questions.

Thumbstar Games has released Fruit Machine Gold 1.0 for the iPhone and iPod touch. In the $0.99 game, you spin, hold and nudge your way to a fortune as you look to break the bank.

Intersong has published Dictionary of International Business Terms 1.0 for the iPhone, iPad and iPod touch. The $4.99 app contains over 2000 crucial business terms. It’s updated on a regular basis.

Phoenxsoftware has rolled out MonoPhix HD 1.0, a completely rebuilt version of their black & white iPhone app designed specifically for the the iPad. The $1.99 app enables pictures to be turned into high quality black & white, antique or sepia images with high depth.

Mice Heist 1.0, an iPhone/iPod touch game, has scampered from Trickshot Games. In the $0.99 app, players must defend their cheese from hordes of hungry mice that are coming to steal it. Users must tap the relentless rodents as fast as they can and send them running before they get close to the cheese.

Newsy, a multisource video news service producing daily videos for mobile devices and the web, has debuted a new version of its free iPad app. Users can now download Newsy videos and play offline in both standard and high quality as well as scroll past 20 stories in landscape mode and portrait mode. In addition, playlists now automatically save and seamlessly play through from video to video.

PhatWare Corp. has released WritePad for iPad German Edition 3.3. The $9.99 app lets users to take notes in their own handwriting with an iPad stylus pen or a finger.

Richard Taylor has introduced OmniSketch 1.1, an iPad update of his $1.99 drawing tool. It allows you to create full color creations. You can use 18 procedural brushes to create pictures with ease. With OmniSketch, store a nearly unlimited number of pictures in your local gallery and show them off to your friends and family with the slide show feature.

Vicinno Soft has unveiled BA Financial Calculator 2.0 for the iPhone OS, an update to the $0.99 emulator for the classic Texas Instruments BA II Plus. Identical in every aspect, the app provides a perfect emulation of the layout, functions, algorithms, capabilities, and key sequences of the TI workhorse.

Houdah Software has introduced ACTPrinter 2.0 for the iPad, iPhone and iPod touch. The $0.99 app takes the paper out of electronic tickets, boarding passes, and more. ACTPrinter 2.0 adds full support for Microsoft Windows XP, Vista and 7. 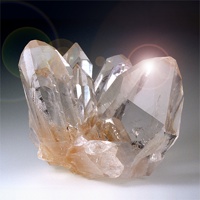