(Note:  I am writing this on Sunday, the day before the Apple WWDC keynote.) The mainstream “paper press” seems to be faltering all around the US. Most major newspapers are running in the red and have been losing money for some time now.

What began as a novel way to send a note to someone else on line as an email became a torrent — and now the number of emails delivered each day is more than physical letters. The Post Office has complained that itss revenue is suffering because of virtually free email replacing the postage stamp model of financing written communication. The postal union is crying all the way to Congress and, sometime ago, actually suggested a tax on each email to be paid to the Post Office to offset the loss due to reduced mail volume.

We have seen postage rates go up in sort of a cascade effect where less mail and entrenched overhead makes the US Post Office a chronic money losing situation. The notion that the government should bail out aged economic systems that are being replaced by newer and better solution, is nuts.

Virtually free email, that is instantly received, will beat wasting paper and a 44 cent stamp that delivers letters days later. The overhead of physical mail is represented by the Post Office and cutting down trees, burning fuel to deliver the mail etc.

Note that on the iPad home screen, that the bloated iTunes “channel” channel, if you will, is now divided into iTunes, Videos, Books and the App Store, each with its own button. This is likely to be done on the Mac platform as well, — and soon. This underlines the strategic direction Apple is going in digital content delivery, which is represented by those channels.

The flawed notion that the existing economic models of content publishing can survive is seen in listed prices for on-line content that is often the same as for physical versions. Content “packages” in the form of software disks, DVDs, books, magazines, music, newspapers and even the US Mail are all under assault by the digital juggernaut. Given time, the economic reality will set in and free enterprise market forces will prevail and force lower prices. Digital content of all types will be priced lower to reflect the savings to content providers of going digital, while sales volume soars.

The assault on conventional content delivery is headed up by Apple. What we have seen in the music industry in the form of iTunes is going to happen again in the publishing and entertainment industry. The Video button on iPad will become the iTunes of what is now the DVD industry.

We have seen what happened to the music industry, because Apple saw that there was money to be made in offering music on line, at reasonable prices. There was strife in the industry that wanted to force the old economic model on the new delivery system. In the end, Apple won and so much money flowed to the music industry that, begrudgingly, they had to agree with the offer Steve Jobs offered them.

Cable and satellite TV is ripe for a better technology to replace it, and Apple TV and Steve Jobs are going to do just that. Balkanization of video content represents a problem that I bet Apple will solve. Mr. Jobs told journalist Walt Mossberg the just other day in an interview that greater minds than those at Apple couldn’t solve the issues of consolidating digital content delivery, but I think “thou protesteth too much,” Steve. I expect to see Apple do the iTune thing to video content delivery.

The iPad is the iPod equivalent for books, magazines and newspapers. Apple TV will become the iPod for video content.  The server farm Apple is building is going to be humming soon enough. Apple is becoming the digital delivery juggernaut. If you don’t believe this, ask the music industry. 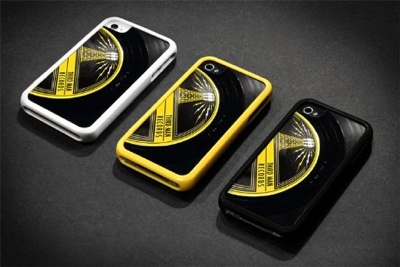