The average iPhone user should pay the same or less for service under the new data plans announced by AT&T, according to a “Consumer Reports” analysis. The new plans replace a US$30-a-month flat fee for unlimited data service with plans that start at $15 per month for a limited amount of data.

The reason: most iPhone users typically use less data per month than the amounts that would trigger a $30-plus bill under the new pricing schemes, says “CR.” The average iPhone user consumes 273 MB of data per month, according to the unique data on iPhone usage reported a few months ago. More than half of owners use less than 200MB per month, that data reveals. The new $15 iPhone plan provides 200MB per month, and so would cut data costs in half for the majority of iPhone owners.

Under the new plans, those who use more than 200MB in any month can add an extra 200MB for an additional $15 — taking the bill for that month to $30, or the same as they’re paying under the current unlimited plan. Alternatively, AT&T told “CR,” those who are approaching 200MB for the month could opt to switch mid-month to the new $25-a-month plan with higher data limits, for a savings of $5 a month over the current unlimited plan.

That $25 plan provides heavier users with up to 2GB of data, for $5 less than the current all-you-can-eat plan. Our usage data shows that only about 4 % of all iPhone users consume an average of more than 1GB of data a month. Those within that group that hog more than 2GB a month might wind up paying more than they do under the current unlimited plan, since they’d be subject to a surcharge of $10 a month for every 1GB they eat over the 2GB level, according to “CR.”

So someone who gobbled up 2GB to 3GB a month would pay $35, and a 3GB to 4GB megahog would pay $45, adds “CR.” Also, bills would soar further for those who use their iPhone as a data modem for a computer, which the new plans finally allow. Apart from the data charges as per above, there’s an additional $10-a-month charge for such “tethering.

Also, the apparent savings for many iPhoners under the new pricing scheme do come with caveats. First, the math above is based on the introductory rates for the new plans. Since having the new plans cause bills to rise would hardly be the best launch strategy, AT&T arguably had an incentive to make sure few if any iPhone users initially paid more under the new pricing, according to “CR.”
The report adds that, however, there’s nothing to stop the carrier from raising rates, or adjusting the data limits downward, in future. And not necessarily the distant future; the new plans serve to lower the data limit for the least expensive iPad data plan they launched just a month ago, from the original 250MB to 200MB, for the same $15 price. 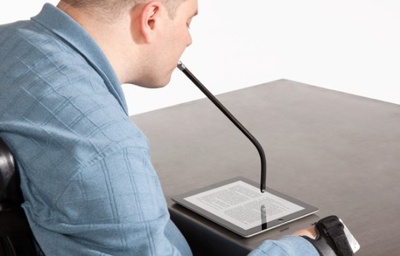