iPhone/iPod/iPad apps for May 4

American Hiking Society, organizer of National Trails Day, has announced its US$9.99 HIKE GPS maps application for the iPhone, a one-stop app with over 300 free recreational maps encompassing more than five million square miles of the United States. HIKE embeds premium map content onto the iPhone so there’s no need to “cache” topo maps or search for a network signal in the middle of the backcountry. The app also allows users to track and record their off-road adventures, take geo-coded pictures, and upload and share their outdoor experiences via Facebook and email.

DH Software has introduced the iPad version of HanDBase. Special features of the $9.99 app include split screen views, popovers, and enhanced editing. Like the iPhone version, there is also integration with the popular HanDBase Gallery of thousands of database designs, plus the ability to email records and databases to other users.

Apalon has rolled out Aliens and UFOs 1.0, a $0.99 gallery app for the iPhone and iPod touch. It’s a collection of “secret, spy and user photos depicting aliens and their flying saucers as well the evidences of investigations carried out on crash sites.” The content featured in this application is divided into 5 categories: Genuine UFOs, Manmade UFOs, Fake UFOs, Genuine Aliens and Fake Aliens.

ZumoDrive, a service for accessing and syncing personal media across devices, has announced updated versions of their mobile apps for iPhone, Android and Palm smartphones.

Bliss Software has served up Lazy Diet 1.0, a $1.99 iPhone app for weight loss and fitness. It’s based on subliminal effect of sound and purportedly sends messages that get processed in our brain.

Davka Corporation has blessed iPhone and iPod touch users with iBless Food 1.0. It’s a $4.99 look-up guide and reference for the Hebrew blessings recited before and after eating. iBless Food displays a scrollable list of more than 380 different foods, including appetizers, main courses, fruits, vegetables, snacks and desserts.

AppKitchen has produced Engine Sound Off! 1.0 for the iPhone and iPod touch. The $1.99 app is for car fans looking for a fun method to rate engine sounds, and simulate driving their actual car without turning the ignition. The players’ individual car engine sound is uploaded into the driving simulator. Engine Sound Off! also scores the uploaded engine sounds that the car fan can share and more.

ComPart Multimedia has announced an update to their ItalyGuides web site (http://www.italyguides.it/us/italy_travel.htm). The addition of the new HTML5 player enables iPad and iPhone owners to view the web site’s free virtual panoramas without Adobe Flash Player.

With nearly 3,000 points of interest covering all of the Walt Disney World and Disneyland parks, resorts, and venues, eTicket has now enhanced their family of iPhone apps to include video, podcast audio, and advance dining reservation email reminders. eTicket DL and eTicket WDW 1.30 is available in the Apple App Store for $5.99 and require the free upgraded iPhone 3.1 software, GPS, and 3G or WIFI.

Emir F Samsuddin has unleashed Cars.tomizer Pro 1.2 for the iPhone and iPod touch platform. The $1.99 app allows users to load a side photo of their own vehicle and add parts to it. All the parts are fully customizable in the sense that users can reposition, mirror, resize and rotate them. Users can add wheels, brake systems, side skirts, rear wing, and decals to their vehicles.

Fairlady Media is now offering their Spazzle Gold game for the iPhone and iPod touch for free. In the critter-whacking game, players can defeat everything from sly moles, rabbits, and gophers to crazy disco-loving aliens in space. It has unlockable themed worlds, Plus, Spazzle Gold is equipped with global leader boards and awards, and in-app purchases of brand-new worlds.

MeYuMe has launced Invaders World Tour 1.1, a $0.99 mashup of retro arcade games, updated for the iPhone and iPod touch. A la Space Invaders, players must shoot and destroy formations of attacking aliens who drop bombs as they descend to Earth. Firefights grow more frenetic as players advance through 60 levels, in command of their ship and weapons. Featured are advanced graphic simulations of smoke, flames, explosions, shock waves, and coronas.

Stone Design has revved their iCreated app for the iPhone and iPod touch to version 2.2. iCreated turns your iPhone and iPad into an art gallery of original iPhone art. Version 2.2 is being offered free for the month of May.

Alexandru Brie has published Self Help Classics HD 3.0, an update to the $0.99 ebook app. It’s a collection of best public domain works in the field of personal improvement, self help, motivation and business books. Version 3.0 brings a redesigned refined interface, enhanced graphics and usability and full iPad compatibility. 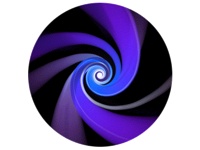 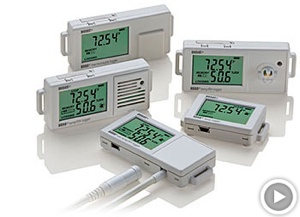