SmuginPro is new plug-in for Aperture 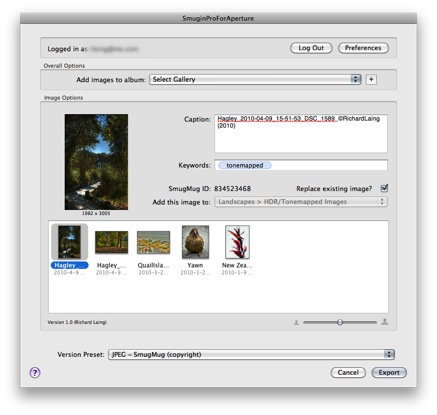 SmuginProForAperture’s features include: caption and keyword handling; hierarchical gallery selection based on category and subcategory; and manual or template based gallery creation. The plug-in adds custom fields to the Aperture metadata for exported images. The generated custom fields can then be used to create smart albums of all images that have been uploaded to SmugMug, or to a specific album.

Each image can be exported to a different gallery if required. You can choose whether to replace an existing image with a new version or add a second version of the same image to a new gallery. SmuginProForAperture uses Growl (if installed) for status notifications.