Apple has hired Matt Casamassina of IGN to serve as the global editorial games manger for its iTunes App Store, reports “AppleInsider” (http://www.appleinsider.com).

Casamassina got started in covering gaming when he launched N64.com, a site that was later bought by IGN, the article adds. After 13 years of reviewing games and covering the industry, he’s known to many readers in the gaming industry as a prime source for information about Nintendo. In a blog posting (http://mouthonfire.com/?p=34d), Casamassina had this to say:

“Anybody who has read my work through the years will know that I’ve long been a huge Nintendo fan, but if there is one company that could entice me away from covering Mario and Zelda it’s the one owned by Steve Jobs. Beginning early May, I will join Apple as global editorial games manager, App Store. In a nutshell, I will be leading the charge for games on the App Store, so whether you browse through iTunes, iPhone, iPod Touch or iPad, the games content you see will be handpicked and organized by me and my team. I couldn’t be happier.”

Casamassina resides in Los Angeles, California, is married and has two daughters, Zoey and Fiona Jade, and a son named Rocco Archer. He has appeared on the G4 program, “Attack of the Show!” as a guestand as a character model in the N64 video game Perfect Dark. 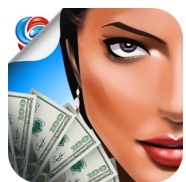