Five reasons not to buy an iPad

Well, I’ve already ordered mine, but if you’re on the fence about buying an iPad, the folks at TechStartUps.com have put together a list of five reasons not to buy an iPad. They are, in TechStartUps’ own words:

“No Multitasking — no searching the web as you chat on AIM, no listening to Pandora as you read an eBook.  Sure, the iPad is faster than your smartphone, but what good is added speed when you will have to be constantly going in and out of apps instead of being efficiently able to do them all at once?

“No Flash — an understandable limitation in the world of cell phones, but this is unacceptable in a product trying to position itself in the world of notebooks.  Not only do many websites require flash to view certain content, some require it to access the website.

“Limited software — like the iPhone, only runs apps from the Apple’s App Store.  Although there are tons of apps at Apple’s store, it still bans certain apps, such as Google Voice, your notebook does not.

“What will you use it for? The iPad is not going to replace any of your existing technology.  Your smartphone may have a smaller screen, but it does just about everything the iPad does (not to mention makes phone calls), the iPad’s clumsy touch screen keyboard and limited capabilities make it incapable of replacing your laptop, and even a Kindle is a more practical alternative to the iPad as an eReader.

“It is sure to get better- If you still feel like you really need an iPad, at least wait until the next model comes out.  By then Apple will have heard all the above complaints and it will be greatly improved, and probably cheaper. Case in point: the iPhone.” 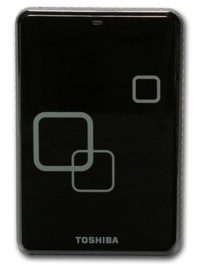