Disney and its affiliates will offer applications from all of its businesses on the new iPad. The ABC Player app extends the reach of ABC.com’s full episode player onto the iPad.

iPad users will have the ability to watch free, ad-supported episodes from approximately 20 ABC series through a Wi-Fi connection. The application will also allow iPad users to purchase downloads of episodes via the iTunes store. The ABC iPad app brings the full experience of ABC.com’s full episode player to a touch-screen, handheld device for the first time. Additionally, the ABC.com site is now optimized for the iPad, complete with full-functionality for all its features, including short-form video.

Disney Publishing Worldwide has built two original “Toy Story” read-along apps for the iPad, both combining Disney stories and activities. Each “Toy Story” read-along is an immersive multimedia experience – the books feature video from the feature films, karaoke and voice record features, the voices of Tom Hanks and Tim Allen, songs from the movies, original games, and even an interactive coloring feature that lets kids finger-paint with up to 10 fingers on the screen.

The “Toy Story” app is free and the “Toy Story 2” app is $8.99 and comes with a one month free subscription to disneydigitalbooks.com. In addition, new “Disney Princess,” “Phineas & Ferb,” “Winnie the Pooh” and “Toy Story 3” apps will go live on the iPad later this spring.

Disney Online has built a custom iPad version of its flagship web site, Disney.com, which focuses on exclusive video content. iPad videos featured at launch include new scenes from Disney films “The Sorcerer’s Apprentice” and “Prince of Persia: The Sands of Time,” full-episodes of popular Disney Channel and Disney XD series “Hannah Montana,” “Wizards of Waverly Place,” “Suite Life on Deck” and “Phineas & Ferb,” and a new Muppets music video, “Stand by Me.”

The app also arms fans with a comic shop locator, allowing them to find their local retailer’s address and phone number and then journey even further into the Marvel Universe. To further enhance the mobile reading experience on the iPad, the Marvel Comics App features multiple viewing modes, taking readers panel-by-panel through the comic book in a smooth, action-packed progression using just the swipe of a finger.

In addition to the ABC player and “Toy Story” read-along apps, Disney, ABC and ESPN will launch the following applications:

° Fairies Fly on iPad — In this game you “fly with the Fairies and discover a world of adventure and fun” in a place called Pixie Hollow;

° JellyCar 2 on iPad — the sequel to last yeas’s JellyCar 2 comes fully loaded with more than 30 levels, power-ups, and new two-player Modes: Tether and Race. The game is about driving a squishy car through squishy worlds to reach the exit.

° Phineas and Ferb Arcade on iPad — inspired by Disney Channel and DXD’s #1 animated program for kids 6-11 comes Phineas and Ferb Arcade. You play with the characters in three mini games: win the surfing trophy in Cowabunga Candance, test your secret agent skills in Agent P’s Hideout, and build a mountain in S’no Problem.

° ESPN ScoreCenter XL, a game companion experience for the iPad. The original app for iPhone and iPod touch devices has been optimized for the iPad’s interface and enhanced with new, premium features. These include live play-by-play, video highlights, game summaries and statistics, box scores and standings. In addition, ESPN ScoreCenter XL offers personalized news and video on “myTeams,” and the leading headlines and highlights of the day available through “Top Events.”

For more details and to see a demo of the ABC Player on the iPad, go to http://www.abc.com/ipad . 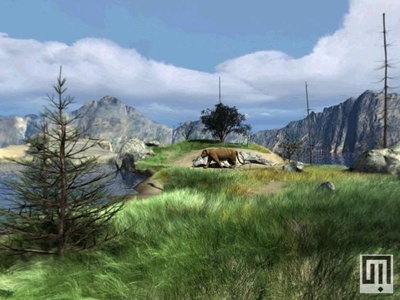 Atlantis: The New World comes to the Macgamestore