Kleiner Perkins Caufield & Byers (KPCB) has announced the doubling of its iFund to US$200 million of venture capital for applications for Apple’s iPhone OS family of products, including iPhone, iPod touch, and iPad.

Established in 2008 as a $100 million investment pool, the original iFund is now fully committed across 14 companies. iFund companies have been supported by an additional $330 million from follow-on investors.

KPCB (xhttp://www.kpcb.com) also announced iFund-supported companies have more than 20 applications in development for the soon-to-be-released iPad, with 11 available at first ship on April 3. KPCB noted the iPhone has created an inflection in mobile content consumption and the iPad will lead the next wave of innovation in mobile computing. The iFund is increasing its investment dollars to back entrepreneurs and build companies that focus on these areas. Particular areas of interest on iPad include entertainment, communication, social networking, commerce, health care, and education.

“Welcome to the brave new post-PC era where a swoosh of fluidity replaces the traditional mouse-bound GUI. A new, truly revolutionary platform is rare, and a prize for entrepreneurs,” says John Doerr, KPCB Partner. “We expect all ventures to have an iPad strategy. We will fund many more ventures for iPad, and the iFund will accelerate their success.”

“Kleiner Perkins has done a terrific job at finding, funding and supporting great iPhone app developers,” says Apple CEO Steve Jobs. “We are thrilled that they are doubling the size of their fund, along with expanding it to now include iPad developers too.”

Matt Murphy, Partner at KPCB and leader of the iFund, reported that KPCB’s iFund ventures have achieved significant success, including: more than $100 million of 2010 mobile revenue; more than 100 million aggregate mobile downloads; and 18 titles that reached the Top 10 on the Apple App Store. 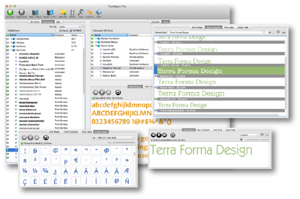