GetYa Learn On (http://GetYaLearnOn.com) — an educational software company that created the app called “Statistics I” — has released empirical findings from a pilot study conducted during the fall semester of 2009 at Abilene Christian University (ACU) that shows positive effects of using and iPhone (or iPod touch) in the classroom.

Students in an introductory Statistics class were given the new iPhone app, which was used to supplement the instructor’s lectures and for studying and test preparation. Statistics I is based on a mobile learning platform that includes lessons, touch-screen simulations, calculators, decision making tools, quizzes, flashcards, formulas, and a glossary. (The Statistics I app has been converted into an iPad e-textbook and is under review by Apple for the upcoming device.)

The results of the study were published in a white paper that was released today. The study provides evidence that GetYa Learn On’s Mobile Learning Platform used in conjunction with classroom lectures increases engagement and academic performance. Out of the 36 students in the class, virtually all students reported a heightened motivation to study because of the mobility and convenience of having quick access to information on their iPhone.

More than two-thirds of the class reported that they developed a better understanding of statistics as a result of using the app. The majority of students even reported having consistent study patterns throughout the semester — using the app to study lecture notes, testing their knowledge by taking quizzes or flipping through flashcards and referencing the glossary or formula list. 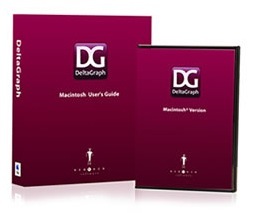 Rally Racers drives onto the Mac