Chrome TV may put the hurt on the Apple TV

The time is fast approaching — heck, it’s almost here — when Apple is going to have to “fish or cut bait” as we say in the South when it comes to the company’s “hobby,” the Apple TV.

According to the “New York Times” (http://www.nytimes.com/2010/03/18/technology/18webtv.html?partner=rss&emc=rss), Google and Intel have teamed with Sony to develop a platform called Google TV to bring the web into the living room through a new generation of televisions and set-top boxes. And if you don’t think that will be a threat to the Apple TV, think again.

According to the “Times,” the move is an effort by Google and Intel to extend their dominance of computing to television, an arena where they have little sway. For Sony, which has struggled to retain a pricing and technological advantage in the competitive TV hardware market, the partnership is an effort to get a leg up on competitors, it adds. For Google and Sony, one of those competitors is Apple.

It’s time for Apple to add a live TV signal and DVR features to a new generation of the Apple TV. And though Apple wants you to get all your digital media needs from the iTunes Store, the Apple TV needs beefier Internet capabilities so users can enjoy sites such as Joost and Hulu.

In fact, a new report from Knowledge Networks (http://www.knowledgenetworks.com) provides fresh evidence that TV and the Internet are becoming increasingly interchangeable when it comes to viewing network programs. Among Internet users in the 13-to-54 and 18-to-34 age groups, viewing of complete TV show episodes via streaming or downloaded video has essentially tripled in the past three years — growing from 8% to 22% of those ages 13 to 54 with Internet access, and from 12% to 30% of 18-to-34 online users.

The nationwide survey on KN’s KnowledgePanel also shows that, among Internet users:

° 6% of those 13 to 54, and 9% of 18-to-34’s, told KN they have reduced or cancelled their TV service in the past year due to their online viewing of network TV programming, or expect to do so in the next year

“The small but notable level of people watching TV programs via the Internet on regular TV sets suggests that the convergence of the two screens for mainstream audiences may finally be on the horizon,” says David Tice, Vice President and Group Account Director at Knowledge Networks.  “Growing numbers of ‘connected TVs’ — those that access the Internet — are making this option increasingly user-friendly. The fact that over one-third of TV homes now have a bundled TV/Internet service package is no doubt accelerating this blurring of boundaries.”

The Apple TV could be a great device that, among other things, serves as a go-between for your Mac and TV, as well as the Internet and your TV. But, with all the hoopla over the iPad, Apple could take things a step further.

How about the ability to use the device as a visual remote? Look at something online on the iPad, and it’s reflected on your television? As Ian Paul put it in a “PC World” column (http://www.pcworld.com/article/191841/google_tv_five_questions.html?tk=rss_news): “That way you could easily read a news story on the screen in your hand, and then view the news story’s accompanying video on your TV. Now that would be a killer combination.”

Killer combo indeed? And one of the things needed to save the Apple TV, perhaps from Apple itself. 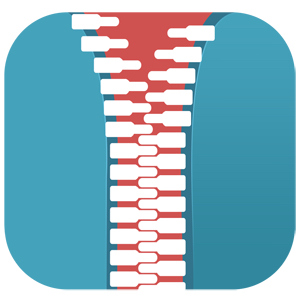