There have been reports (http://www.macsimumnews.com/index.php/archive/apple_to_introduce_hmdi_on_some_macs/) that Apple will include a HDMI (High-Definition Multimedia Interface) on some upcoming Macs, at least the Mac mini. With Apple’s increasing dominance in the areas of digital media, that’s a good idea.

Not that there’s anything wrong with the Mini DisplayPort connector. It’s small, which makes it particularly useful on systems where space is at a premium, such as portable computers or to support multiple connectors on reduced height add-in cards. But HDMI is getting smaller even as it gets bigger (more on that in a moment).

HDMI is an interface for audiovisual equipment such as high-definition television and home theater systems. It’s able to carry a bandwidth of 5Gbps (gigabits per second), which is purportedly more than twice the bandwidth needed to transmit multi-channel audio and video. HDMI provides an uncompressed, all-digital signal.

But I hope Apple doesn’t limit HDMI to just the Mac mini (though the teeny Mac is the logical first choice). HDMI makes perfect sense for inclusion both it and the iMac — computers which are increasing integrated into home entertainment systems and/or used for gaming and movie viewing.

DVI is gradually declining as HDMI adoption on computers grows, according to the In-Stat research group. Within the computer segment, HDMI made significant strides in 2008, doubling its penetration from 6.1% in 2007 to 12.3% in 2008. The number of mobile computers with HDMI increased 76% over the same period.

HDMI has some advantages over DVI, not the least of which it carries digital audio. This can simplify the number of cables needed to carry the audio signal to the monitor. HDMI is also faster than DVI, which means more information gets transferred to your TV screen. Of course, not everyone has any need or interest in transferring data from a Mac to a TV screen. However, that number is growing.

In time, it’s possible — no, make that likely — that we’ll have Macs with mini-HDMI rather than Mini DisplayPort. Or perhaps both. 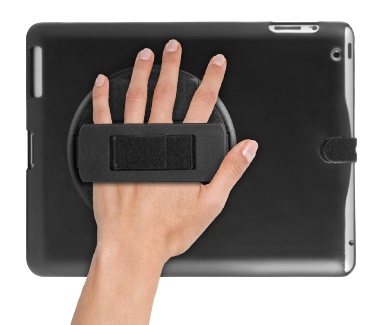