ere are the latest iPhone/iPod touch/iPod apps announced. You can find ’em at the Apple App Store (http://www.itunes.com/appstore/).

Freeverse’s newest release, Zombie Cannon Carnage, is now available for the iPhone and iPod touch. The US$1.99 zombie ragdoll-blasting game centers on three intergalactic zombies who crash-land on Earth and try to launch themselves back home into space. You use the Zombie Cannon to fire your zombie into the night sky, and activate your Jet Pack to rocket through the city avoiding everything from air conditioners to the police helicopter.

Collins Research has shipped Custom Hangman for iPhone and iPod touch. The $1.99 game allows players to select a category of their interest from which the app will generate an animated hangman game with a pirate-themed background. Several word lists are already pre-loaded into the app so players can challenge themselves from subjects ranging from SAT vocabulary words to “Twilight” terms.

Moomocat Studios has shipped Air Brawn for the iPhone and iPod touch. The $0.99 game is a remake of the 1984 classic Mac game Airborne!, a shooter style game in a third person perspective.

Esa Helttula has released Lattice Multiplication 1.0, a $0.99 educational math app for the iPhone and iPod touch. It allows the user to study and practice the ancient and very efficient lattice algorithm for multiplying large numbers. The app has an interface with customizable colors and other settings.multiplications.

Yurbuds, makers soft rubber tip earbud enhancers that slip over existing earbud-style headphones, has announced the availability of its free “Size yur Ear!” iPhone and iPod touch app at the Apple App Store. The application allows consumers to easily submit photos of their ear and purchase custom-sized earbuds directly from an iPhone or iPod touch.

Purple Communications, a provider of text and video relay and on-site interpreting services, has produced IP-Relay for the iPhone and iPod touch. It’s a free relay app that lets you make direct IP-Relay calls right from your Apple device, or dial anyone in their iPhone address book with just a few taps.

Scanbuy, which specializes in mobile barcode solutions, has released new versions of its ScanLife barcode scanner for the iPhone, Android and BlackBerry operating systems.  ScanLife uses the camera in a mobile phone to scan barcodes that automatically display product information, show videos, dial a phone number and more without needing to type or search for information. It’s a free download.

Real estate Web site Zillow.com has announces an update to the free Zillow iPhone app, with new features that allow users to share Zillow’s rich data on over 93 million U.S. homes using social media such as Facebook and Twitter. Additionally, home shoppers can now search and find homes for rent along with homes for sale, recently-sold homes and Make Me Move listings.

PhatWare Corp. has released WritePad Professional Edition 3.0, a $9.99 organizer for iPhone and iPod touch devices. It’s based on WritePad 3.0 handwriting recognition technology, and allows users to organize tasks, events, notes, and voice notes in multiple folders within a single application. The new version also allows users to search for text in different folders and fields. 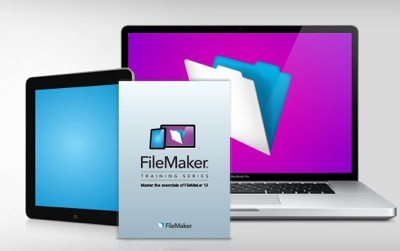