Incoming freshmen who enroll at George Fox University (http://www.georgefox.edu/offices/inst_technology/it_servicedesk/computers_across_curriculum/index.html) this fall will have a choice to make before they arrive on campus in August: iPad or MacBook?

The Christian college in Oregon has opted to give new students the option of choosing the new iPad or selecting its current offering, the MacBook. For more than 20 years, George Fox has supplied a computer for each incoming undergraduate student to keep upon graduating. The cost is included in tuition.

“With this, we’re basically asking students ‘What computing system will work best for you?’” Greg Smith, the university’s chief information officer, says. “By giving them this option, they can choose between the iPad, a mobile device known for its networking and E-textbook capabilities, or the laptop, which offers more computing horsepower.”

The trend in higher education computing is this concept of mobility, and this fits right in with that trend, he adds. “At the same time, we realize there are a number of uncertainties,” Smith says. “Will students struggle with a virtual keyboard? Can the iPad do everything students need it to do when it comes to their college education? These are the kinds of questions we really won’t know the answer to until we get started.”

For that reason, Smith stressed the importance of offering a choice. To accommodate the offering of a mobile device, Smith said plans are in the works to expand WiFi coverage in university dormitories. The service is already offered on most of the Newberg, Oregon campus, including on its main campus quad and academic facilities. ltimately, the goal of the Connected Across Campus program is to offer the most innovative tools that promote teaching and learning.

“The issue for us is the changing landscape of educational computing and the value dilution of a laptop for a traditional undergraduate,” Smith says. “George Fox happens to find itself at the crossroads for both of these issues, so we felt it best to offer this alternative.”

Smith said students may choose the iPad either because they already have their laptop of choice or because they believe the iPad is truly the more functional computing device for them to be a successful student. Smith suspects the MacBook will be the more popular choice for students in professional programs such as the engineering major, film major or computer science major who need that extra computing power.

“How the numbers work out will be interesting, but no matter what I think we will see many iPads, iPhones and iPod touches throughout the undergraduate population,” Smith says. 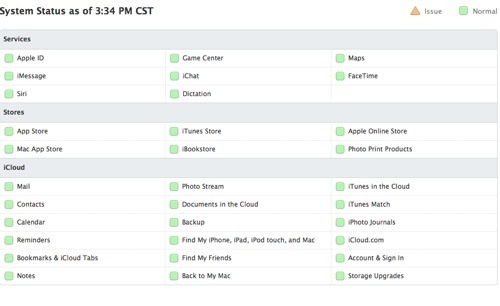