Once most pundits were sure that Apple would enter into an iPhone agreement with Verizon this year. Now two analysts think that our favorite tech company will extend its exclusive agreement with AT&T through 2011, reports “AppleInsider” (http://www.appleinsider.com).

“(The) launch of Apple’s iPad on AT&T’s network is a vote of confidence in AT&T’s network by the equipment maker,” Jayant said. “While iPad sales are unlikely to materially impact wireless revenues in the short term, selecting AT&T to launch its second major communications product reflects Apple’s bias for the global GSM platform and the prospects of AT&T’s network capability. Moreover, it could suggest the iPhone exclusivity may continue, at least through the end of 2010.”

And Steve Clement with Pacific Crest said he believes the odds of exclusivity being extended have improved, in light of the recent announcements, notes AppleInsider. He noted that the tone from Apple regarding AT&T has become noticeably more positive in recent months.

The Sellers Research firm (that’s me) is still optimistic that we’ll see other iPhone carriers in the US before the end of the year. Or maybe that’s wishful thinking because of the crappy AT&T reception in my neck of the woods. 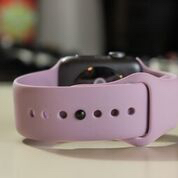