The Grip Pen that comes with the Intuos4 Wireless features Wacom’s
proprietary Tip Sensor technology, offering users near-zero (one
gram) starting pressure for the most sensitive Intuos pen tablet
performance to-date, Varga adds. It has 2048 levels of pressure,
doubling the resolution of the pen’s pressure curve. The Grip Pen
also features a pressure-sensitive eraser and two customizable side
switches that can be set for commands such as double- click and
right-click.

Available in a single size (medium) only, the Intuos4 Wireless has an
asymmetrical design that puts the Touch Ring and the customizable
ExpressKeys on one side of the tablet, making them all available to
the user’s non- dominant hand. The application-specific ExpressKeys
are designed to help improve workflow and boosting productivity by
placing commonly-used commands right at the user’s fingertips.

Illuminated (OLED) displays provide reminders as to the function of
each ExpressKey. These settings are application-specific and the
displays will immediately update as the user changes between
applications. To switch the tablet from right-handed to left-handed
use, the user rotates the tablet 180 degrees and changes the
orientation of the illuminated icons within the Wacom Tablet driver
software.

The Touch Ring on the Intuos4 Wireless is capable of controlling up
to four different functions in any application. A button located in
the center of the ring “toggles” the ring between
application-specific functions such as zoom, scroll, brush size
adjustment or canvas rotation. The position of the illuminated LED
located along the perimeter of the Touch Ring indicates the current
function.

A weighted desktop pen stand not only provides a pen holder, but also
functions as a twist-off storage compartment for pen nibs and has a
nib removal tool inside. Standard, felt, stroke and flex nibs ship
with the Intuos4 Wireless, allowing users to simulate the feel of
working with a variety of traditional art and design materials.

Purchasers of an Intuos4 Wireless pen tablet are entitled to a choice
of two applications from a selection of three offered by leading
software manufacturers Adobe, Autodesk and Corel. Users select their
applications via broadband download. Intuos4 Wireless users will also
benefit from Wacom’s powerful driver software, including radial menus
for quick “penpoint” access to additional customized shortcuts,
according to Varga.

Wacom has created a line of accessories that includes several
different types of pens. For example, the newly designed Art Pen
supports the barrel rotation feature within such applications as
Adobe Photoshop, Illustrator and Corel Painter 11. The Intuos4
Airbrush has a similar form and wheel-based control as a traditional
airbrush.

The Intuos4 Wireless (US$399) is intended to begin shipping in the
United States and Canada in late February or early March. The tablet
is scheduled for launch in Mexico and other Latin America countries
in subsequent months. 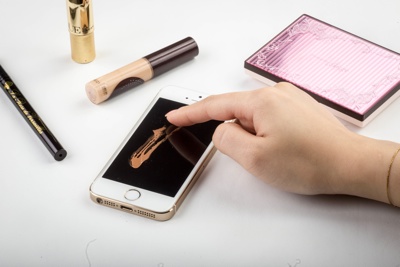