Ergonis Software has updated SharewarePublisher
(http://www.ergonis.com/products/sharewarepublisher/), a software
submission tool and assistant for Mac OS X, to version 1.2. Starting
with this version, SharewarePublisher is now also a full-fledged PAD
editor for Mac OS X, including extensions for handling affiliates and
ASP membership information.

The new version also adds compatibility with Mac OS X 10.6 (Snow
Leopard) and delivers a number of other improvements and fixes.

“A PAD file is a quite handy way for software authors to provide
software download sites with information about new releases of their
products. It stores all the descriptions and specifications you need
to submit in one single place,” says Christoph Reichenberger, founder
and CEO of Ergonis Software. “With its new built-in PAD file
generation feature, SharewarePublisher makes it amazingly easy to
create and modify PAD files. By means of a single menu command you
can export all the needed information in the correct format and
create a PAD file according to the newest PAD specification.”

SharewarePublisher was developed specifically for shareware
developers, vendors and media specialists alike. The folks at Ergonis
say it was built to make submitting software applications to leading
software listing sites and repositories easy. It ships with almost
200 pre-configured shareware sites, with carefully hand-tuned
ratings/priorities. Developers can submit to 100-plus sites within
just a few hours, which would otherwise take several days, according
to Reichenberger.

SharewarePublisher costs US$69. Version 1.2 is a free update for
registered users. A demo is available for download. 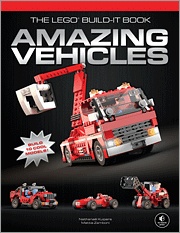 MacProVideo.com turns 2, save 33% on all tutorial videos