Lithium Corp. (http://lithium5.com) has released a beta version of
its Lithium Console 5 Lithium is a suite of network, server and
storage monitoring applications with support for industry standard
SNMP and proprietary monitoring protocols including those used by
Apple’s Xserve, Xsan and Xserve RAID devices.The upgrade is
compatible with Apple’s upcoming Snow Leopard.

Lithium 5.0 introduces a new visualization for displaying a vast
amount of graphed monitoring data when viewing a specific monitored
device. The new version now handles Recurring Incidents and Incident
Transition in the Incident Reporting and Action Script systems.
Action Scripts are built-in or third-party scripts that Lithium
executes when an Incident or fault condition is raised.

Lithium 5.0 now handles Recurring Incidents and Incident Transition
in the Incident Reporting and Action Script systems. Action Scripts
are built-in or third-party scripts that Lithium executes when an
Incident or fault condition is raised.

In the event of a given Metric rapidly and/or continually
transitioning from Normal to a Non-Normal state Lithium will only
generate a single Recurring Incident report alert on the first
recurrence of the Incident. Subsequent alert emails are suppressed
but the Incident will still show in Console. Once the Incident has
been Normal or inactive for 4 hours, the Incident is deemed to have
cleared and a final Recurring Incident Cleared email alert is
generated.

Similarly, when an Incident transitions from one elevated state to
another (e.g. from Warning to Impaired), a single Incident Transition
alert email is generated. This is a major improvement over the
Cleared and Report alerts generated by Lithium 4.9 when an Incident
moved from one severity to another. In the event that the Metric in
question is rapidly transitioning from one state to another, Lithium
5.0 will control the number of Incident Transition alert emails such
that an alert email is only generated when a new highest or lowest
severity is reached.

Beta builds of Lithium Core 5.0 prior to 5.0.B2.1038 (5 June 2009)
had very high CPU and Memory utilization foot prints. Even with a
relatively small number of device being monitored, the host system
could quickly become unstable or unusable. 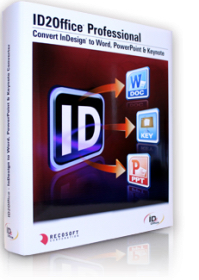