Realtime Audio Adventures (http://www.RTAudioAdventures.com) says
Soul Trapper: Preview, the demo version of the Soul Trapper audio
adventure game, is now available for the iPhone and iPod touch. In
the preview version, the player is introduced to the adventure with
the first four of the 23 chapters from the full version of the game.

Here’s how the game is described: “In Soul Trapper, players follow
the turbulent life of Kane Pryce, a 27 year-old drifter who possesses
a mysterious device known as the Soul Trap. The Soul Trap is a
supernaturally-charged object that allows him to hunt down, capture,
and send ghosts from the earthly realm to the afterlife. In this
chilling adventure story, players help Kane unlock the mysteries
surrounding a haunted church that stirs newfound emotions while
navigating a maze of gangsters, dames, ghosts, and demons.”

Developed by Realtime Associates for Realtime Audio Adventures, Soul
Trapper: Preview is available for the iPhone and iPod touch free of
charge, and can be downloaded via the App Store. 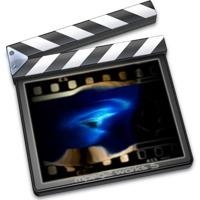