The 25th year of the Macworld Expo takes place in evolving
marketplace. The changes started 10 years ago when Steve Jobs
returned to Apple — and MWSF is designed to reflect those changes.

“We follow Apple’s lead to product an event that actively reflects
what we think is going on in the Apple world,” Kent says. “For
instance, mobility is a big deal right now. From MacBooks to iPods,
the concept of technology that goes with you is one of the core
strengths of the Mac market. We have a plethora of exhibitors
participating this year who concentrate on mobility. AT&T will be
there, but also Verizon and Sprint, who want to convince Mac users to
connect Mac laptops to their networks and data.”

Several conferences will also focus on mobility. Topics will include
teleworking, MobileMe, Back to My Mac and more. Kent says conference
attendees will see the mobility focus on the show floor and in the
conferences.

The Macworld Music Studio, conducted in collaboration with the
Berkeley College of Music, is back and bigger than ever. For
instance, participating this year are several microphone companies.
The Studio offers instructions, demonstrations, performances and
training on how to use the Mac to create and/or play music. Also,
there’s a continuing interest in all of Apple’s creative applications
with workshops on software such as Final Cut selling out, Kent says.

Even though the economy is tough right now, he’s “cautiously
optimistic” that the 2009 show will be the best yet. Currently, the
number of exhibitors is tracking 10 percent ahead of the 2008 show’s
numbers.

When it comes to attendance, that’s tracking about 11 percent ahead
of last year’s figures for exhibit-only attendees and five percent
ahead in conference attendees. About one in every seven people who
attend MWSF participate in conferences or workshops, so these events
are almost at capacity in the Moscone Convention Center for 2009,
Kent says.

How does he explain the huge numbers when the economy is so tough?

“Obviously, there are very exciting things happening, and people want
to be a part of the show,” Kent says. “Our conferences are strong for
those who need training. Where else can you see 500 companies at one
place at one time? Our proposition is very strong: the conferences
are great, and the exhibit floor is comprehensive. Plus, there’s the
value add that comes from being able to ask others questions
face-to-face and networking face-to-face.”

Apple says that 50 percent of all Mac sales in its retail stores are
to newcomers to the Mac platform. This means that there will be a lot
of new blood coming to the San Francisco shindig, adding a “new vibe
to the show,” Kent says.

“This means lots of new and interesting perspectives and new people
to meet,” he adds. “In 2008, a quarter of attendees were new to the
show.”

Preparing for the annual event is a 12-month process. Kent says they
actually start preparing for the following year’s show during the
current one. IDG talks with attendees and vendors to see what
services need to be tweaked for the next go-round. It’s also a time
of business; the South Hall bookings for 2009 sold out during the
2008 show.

Each year MWSF offers something different. This year is no different.
Among other things there’ll be a “Magic” track on how to become a
Power Mac user. There will also be a day-long session on Friday, the
last day of the show, called Macworld Pulse, in which “visionaries in
the Apple world will offer inspiring presentations and performances,”
Kent says.

With Apple doing so much more than Macs these days (think the iPod,
iPhone and Apple TV), has IDG considered changing the name of the
Macworld Conference & Expo to Apple Conference & Expo or Apple World?
Kent says no.

“We truly have a charter to be Macworld,” he says. “Plus, the show is
overwhelmingly Mac product vendors. We’re very focused. Of course,
there’ll always be iPod accessory vendors and iPhone vendors at the
show. But Apple’s App Store is the place to buy software for the
iPhone and iPod touch, so the Macworld Conference is very Mac
focused, and most vendors are Mac OS X developers.

((i)MacTech Magazine(/I) is a media sponsor of Macworld Conference &
Expo 2009.) 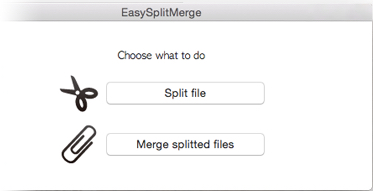