Best Buy Mobile and Verizon Wireless stores are the first major
retail outlets in the United States to carry the 16GB capacity. The
fingernail-sized 16GB memory cards allow consumers to “wake up” the
many storage-intensive features offered by today’s portable handsets
such as music and video playback, high-definition digital camera
functions, gaming and GPS applications, says . In addition to the
mobile phone, consumers can use the 16GB microSDHC card in a
multitude of other devices, including video cameras, GPS receivers or
MP3 players with a microSD slots.

SanDisk’s 16GB microSDHC card has a manufacturer’s suggested retail
price of US$99.99 and the 16GB M2 card has an MSRP of $129.99. The
new 16GB capacity will be available at Best Buy Mobile stores in
October and Verizon Wireless stores in November.

MicroSD cards are designed for slot-equipped legacy mobile phones and
can hold a maximum capacity of 2GB. Today’s microSDHC cards are
available in 4GB, 8GB and now 16GB, are designed for newer mobile
phone models, most of which are compatible with these higher capacity
cards. 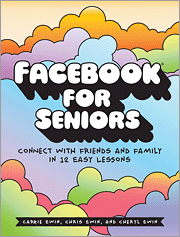