Would You Like a Large Shake with that Little Mac?

What began as a way to prevent damage to the hard drive from a dropped
laptop has led to an innovative project that lets seismology and
engineering students or researchers study, store and share data to better
understand the science of structural dynamics – be it a gentle tap or a
full blown temblor.

While free downloads of the SeisMac 2.0 software, developed under a
separate grant from the National Science Foundation, are available to turn
Apple’s OS X application laptops into real-time seismographs, the SDSC’s
iSeismograph project was envisioned as providing researchers with a data
acquisition system for acceleration measurement using a widely available,
cost-efficient and compact platform – a laptop computer.

“We believe this initiative has strong potential as an educational and
research tool to stimulate interest in engineering and science at the
earliest levels, and to promote the development of future leaders,
particularly in the field of earthquake research,” said Lelli Van Den
Einde, assistant director of the NEESit program based at SDSC, an organized
research unit at the University of California, San Diego. “In addition, the
combination of commercially available technology and open source software
creates an ideal environment for worldwide collaboration and access at the
university and post-graduate levels.”

SDSC researchers have already conducted a pilot classroom project with
about 90 UCSD students participating as part of an undergraduate earthquake
engineering course. The students, who had little or no experience in
measuring structural dynamics, benefited from the visual and quantitative
demonstrations, enabling researchers to suggest curriculums for future
classroom demonstrations and study.

Specifically, SDSC researchers found a way to link the existing
accelerometer and video sensor in all newer Macintosh laptops to its NEESit
Real-time Data Viewer (RDV), which provides a graphical display of the
movement. That, in turn, was linked to the Open Source Data Turbine, a
streaming middleware system funded by the National Science Foundation used
for sensor-based observing of a full range of environmental events, from
structural analysis to weather data.

Once data from an event is captured in the Data Turbine server’s archive,
it is automatically transferred using the laptop’s wireless network
interface into the NEEScentral database repository, where students and
researchers can collaborate on a global scale by analyzing, processing and
sharing information. NEEScentral is a high-level data storage model that is
universal to all earthquake engineering disciplines and contains
information on how to archive and share data.

Software from the iSeismograph project can be downloaded for free by
accessing it online at http://it.nees.org/software/iSeismograph for
installation in any MacBook laptop. Data can be shared through the NEESit
Data Repository (NEEScentral) after a user account is established by
accessing https://central.nees.org/acct/index.php.

Researchers are scheduled to present full details of the iSeismograph
project this October at the 38th annual ASEE/IEEE “Frontiers in Education”
conference in Saratoga Springs, New York.

The iSeismograph initiative was funded by the NSF through the NEES
Consortium, Inc., which manages NEES as a national, shared-use research
facility encompassing 15 universities for the earthquake engineering
community.

In addition to Van Den Einde, other SDSC researchers for the iSeismograph
project include Wei Deng, production infrastructure support manager, and
Paul Hubbard, with the Cyberinfrastructure Laboratory for Environmental
Observing Systems (CLEOS) group. Additional members include Professor Ahmed
Elgamal and graduate student Patrick Wilson, with UCSD’s Jacobs School of
Engineering; Terry Weymouth, an associate research scientist with the
University of Michigan; and Jason Hanley, formerly with the University at
Buffalo. 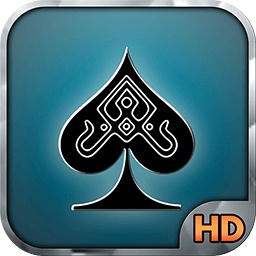