Boston, MA – Just over one month ago, Rogue Amoeba debuted Airfoil 3, a
major upgrade to the premier AirPort Express extender for Mac OS X. Another
big update has now arrived, in the form of Airfoil 3.1, with complete
support for sending audio to the Apple TV and Airfoil Speakers for Windows.

This update makes Airfoil the first (and only) third party application to
send audio to the Apple TV. The Take 2 update from Apple enables the Apple
TV to appear as an AirTunes device, just like an AirPort Express, meaning
iTunes can send audio to it. Now, just eight days later, Airfoil opens the
device up to receiving any audio.
From media players like QuickTime Player or Realplayer to web-based content
like Pandora, Last.fm, Sirius or XM, the Apple TV is now open for all sorts
of audio – only with Airfoil.

Indeed, Airfoil is great from sending any audio across a local network, to
all sorts of devices. Whether its audio from media players like RealPlayer
and QuickTime, audio web sites like Pandora and Last.fm, or anything else,
Airfoil enables it to be sent to AirPort Express units, Apple TVs, as well
as Macs and PCs running the
free Airfoil Speakers.

Airfoil for Mac 3.1 is immediately available for download and purchase, for
Mac OS X 10.4 and up, and is a free update for all owners of Airfoil 3. New
users can purchase Airfoil through our online store for just $25. While in
its trial state, Airfoil will overlay noise on all transmissions longer
than 10 minutes.

Airfoil for Mac in action:
http://www.rogueamoeba.com/airfoil/mac/images/sshots/sshot_af3Only.png

Rogue Amoeba Software, LLC is a privately held software company, based in
the USA with offices around the globe. Since 2002, we’ve been making tools
for Mac OS X to assist users with all their audio needs. In that time we’ve
delighted thousands of users and received some of the highest honors in the
industry. Our product line includes our wildly popular Audio Hijack Pro and
Radioshift audio recording tools, our streamlined audio editor Fission and
our AirPort Express extender Airfoil. 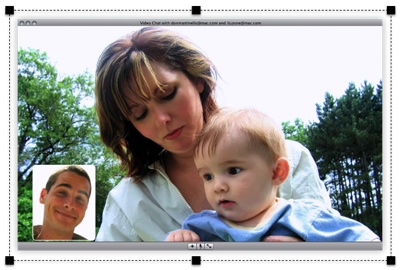