In addition to including the newest Apache, Tenon’s iTools 9 now includes
many improvements and bug fixes to both DNS and FTP. iTools 9’s enhanced
FTP support has a built-in File Manager that lets you assign clients to
unique groups and let all members of a particular group share in the
uploading, deleting and renaming of content files. With iTools, web-hosting
providers can automate hosting tasks and delegate administration,
empowering customers and lowering support costs. Sub-administrators can
manage their own name or IP-based web sites and view their own logs,
without compromising the privacy or security of the multi-server machine.

Apache is the world’s most popular web server, running on more than 76
million servers on various OS platforms. Apache 2.2.6 has new architectural
features resulting in significantly improved memory and disk utilization,
support for files greater than 2GB, and a new database interface
architecture, enabling database applications to work more efficiently.
These and a legion of other improvements contribute to the faster
performance and very robust operation. Apache 2.2.6, is considered the best
available version of Apache, offering tremendous improvements in
authentication, proxy and caching from previous versions, and all users of
earlier versions are encouraged to update. Coupling the newest Apache with
Apple’s advanced OS and Tenon’s unique management tools provides the basis
for a powerful, robust, easy-to-manage web server.

WebSTAR customers who have switched to iTools are enjoying better
performance, superb Tenon support, and, most important, the freedom that
using an open source web server provides over the proprietary province of
4D’s (now Kerio’s) WebSTAR. And Tenon’s highly-regarded support is ensuring
solid operation whether they have a single site or are supporting hundreds
of complex sites for demanding clients, each with their own special web
add-ons.

iTools, in two separate packages, one for Intel and one for PPC, is $349.
Upgrading from earlier iTools versions is $275. A WebSTAR Transition
package, which includes an iTools license along with technical assistance
to transition web sites from WebSTAR to Apache is $550. See the Tenon web
site (http://www.tenon.com) for more details and to purchase.

Founded in 1989, Tenon Intersystems is a leader in high-performance
networking. Tenon technology has provided the framework for world-class
networking on the Macintosh for over a decade. Tenon is continuing that
tradition with world-class Apache administration. Tenon Intersystems can be
reached in the U.S. at 805-963-6983, by the internet at sales@tenon.com, or
via the web at http://www.tenon.com 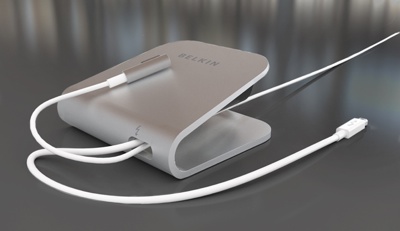