Basilisk Games has announced that December 11, 2007 is the official release date for the Mac version of Eschalon: Book I. A demo of the Macintosh version will be available concurrently with the full game. “Eschalon: Book I is the start of an epic trilogy of old-school computer RPGs created in the spirit of the great role-playing games of the past. The game will take players across massive outdoor environments and deep into dozens of sprawling dungeons as you seek to uncover the mystery of who they are. The Windows version was previously made available to gamers on November 19, and a Linux version is scheduled for January 2008.” 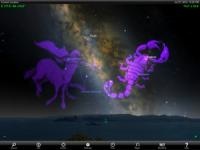