Multisite for iWeb is a Mac OS X utility for users of iWeb. Apple built iWeb to manage a site going to a single server. If you have found that you need to build several sites that go to one or more servers then Multisite solves your dilemma. It also speeds up iWeb’s publishing by putting sites into individual files behind the scenes so you do not have to publish every site each time. Version 2.1 features Mac OS X Leopard support, and several other improvements and bug fixes. [ Price: US$19.95 ~ Requires: Mac OS X 10.4 or later ~ Leopard support ~ Demo available ] 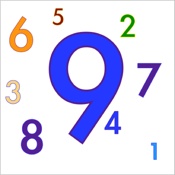 Numerology now available for the Mac