Apple has released iPhone update 1.1.2, notes Macworld. “Apple only says the update includes ‘new features and bug fixes.’ However, there are a few noticeable changes, mostly for international users. With the new version you can change the language to French, German or Italian and change the keyboard layout to English (UK), French, German and Italian. Other smaller changes are also included with iPhone Update 1.1.2. The phone’s battery charge now shows up in iTunes, next to your phone icon. Apple changed the sorting of ringtones, too — tones from Apple or applications like iToner now show up in a section labeled ‘Custom,’ while ringtones that came with the phone are listed under ‘Standard,’” reports Macworld. Further information is available there. 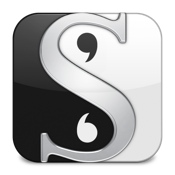