CUPERTINO, California–October 16, 2007–Apple today announced that Mac OS
X Server version 10.5 Leopard will go on sale on Friday, October 26, at the
same time as Mac OS X Leopard. Leopard Server extends Apple’s legendary
ease of use, making it even easier to take advantage of the benefits of a
server, and introduces Podcast Producer, the ideal way to automatically
publish podcasts to iTunes or the web. Leopard Server packs more than 250
new features including Wiki Server, allowing people to collaboratively
create and modify their shared web sites with just a few clicks; and iCal
Server, the world’s first commercial CalDAV standard-based calendar server.

“Leopard Server is the best release of Mac OS X Server yet, bringing more
great innovations, like Podcast Producer, Wiki Server and iCal Server,”
said Philip Schiller, Apple’s senior vice president of Worldwide Product
Marketing. “With new setup features that have a server up and running
within minutes and no client access licenses, Leopard Server is the ideal
alternative to complicated and expensive server offerings for small and
large businesses.”

Podcast Producer is the easiest way for anyone to record content,
automatically upload it to the server and convert it into a podcast
optimized for playback on almost any device, including a High Definition
TV, iPod, Apple TV or multimedia-enabled cell phone.

With Wiki Server, anyone can easily create and edit collaborative web
pages, called wikis, with a few clicks of a mouse. Wiki Server has 20
Apple-designed web page themes and provides a complete revision history to
make it easy to restore previous entries and merge or compare different
versions. Wiki Server can automatically notify users whenever a change is
made, keeping them up-to-date on the latest information, and users can tag
keywords to find content quickly. It’s easy to share calendars, schedule
meetings and coordinate events within a workgroup, school, small business
or large corporation using iCal Server. iCal Server is the first open,
standards-based calendar server that works with popular calendar programs
which support the new CalDAV standard and does not require client access
licenses, so businesses can add users freely as they expand at no
additional cost.

Leopard Server is fully UNIX compliant and its core services, including
Apache 2, MySQL 5, Postfix, Podcast Producer and QuickTime Streaming
Server, are 64-bit, allowing users to work with larger data sets and take
full advantage of the performance and processing power of their 64-bit
hardware. Since Leopard Server is fully 32-bit compatible, users can run
32-bit and 64-bit applications natively side-by-side.

Mac OS X Server version 10.5 Leopard will be available on October 26 at
Apple’s retail stores and through Apple Authorized Resellers for a
suggested retail price of $499 (US) for a 10-client edition and $999 (US)
for an unlimited-client edition. An unlimited client license of Leopard
Server is included with Apple’s powerful Xserve rack-mount server hardware
at no extra charge. Online pre-orders can be made through the Apple Store
(www.apple.com) starting today and current subscribers to the Apple
Maintenance Program will receive Leopard Server as part of their service
agreement. Volume and maintenance pricing is available from Apple. The
standard Mac OS Up-To-Date upgrade package is available to all customers
who purchased a qualifying new Xserve system from Apple or an Apple
Authorized Reseller on or after October 1, 2007 for a shipping and handling
fee of $9.95 (US). Leopard Server can run on any Macintosh computer with an
Intel, PowerPC G5, or G4 (867 Mhz or faster) processor, a minimum 1GB of
RAM and at least 20GB of available disk space.

News items you should check out: Sept. 7 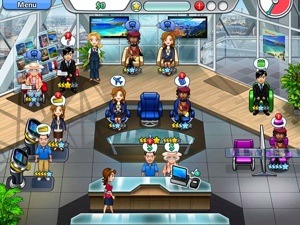