Renton, WA – June 7th, 2007 – Parallels, Inc. announced today its release
of Parallels Desktop 3.0 for Mac, a completely new version of its
award-winning software that enables Mac users to run Windows, Linux, and
any other operating system at the same time as OS X on a single Mac
desktop, without rebooting.

The release of Parallels Desktop 3.0, which is the first major update of
Desktop for Mac since the launch of the Parallels Desktop for Mac in June
2006, introduces over 50 new features, enhancements and improvements that
make running Windows and Mac software at the same time on a single
Intel-based Mac easier and more seamless than ever before. As with all
earlier versions, this release fully and automatically utilizes Intel
Virtualization Technology to deliver superior stability and performance
while running multiple operating systems simultaneously.

For example, if a user sets Word for Windows to be the default application
to work with .doc, .rtf and .txt files, he or she could simply double click
a file with that extension in either OS – even if it is an email attachment
in Apple Mail or Entourage – and instantly open the file in Word for
Windows. A user could also configure SmartSelect to open all hyperlinks
clicked in either OS to open in a Mac web browser, such as Safari or Camino.

Other major Parallels Desktop 3.0 performance, usability and security
features include:

* Snapshots: An important new security and backup tool that makes
Parallels virtual machines “bulletproof”. Snapshots instantly save the
state of a virtual machine’s memory, settings and hard disk, and revert
back to that instant at any time. This gives users the freedom to make
changes, try beta software, and explore the internet without the risk of
corrupting their virtual machine. If a mishap occurs, the user can revert
back to a VM snapshot with a single click, erasing all changes – including
major system errors – that happened after the snapshot was taken. A
built-in, map-inspired Snapshot Manager helps users manage multiple
snapshots.

* Security Manager: A built in management tool that helps users customize
the level of interaction between Windows and OS X, including how and when
files can be shared between OSes, if “drag and drop” is enabled or
disabled, and when hard disks and devices are mounted and accessible.

* Hardware-Accelerated 3D Graphics: Strong support for OpenGL and DirectX
brings Windows’ vast library of 3D-intensive applications to the Mac.
Without leaving their Mac desktop, users can play popular Windows-only 3D
games such as Quake, Half-Life 2, and World of Warcraft, as well as work
with complex Windows-only 3D CAD programs.

In-depth information on Parallels Desktop 3.0’s new features and major
improvements, as well as videos and screenshots of key features in action,
is available at http://www.parallels.com/products/desktop.

“This new version is an important milestone for us helping computer users
get the best of all operating systems on a single, seamless desktop,” said
Nick Dobrovolskiy, CEO of Parallels, Inc. “With new features that deliver
more flexibility, increased security and peace-of-mind, working with
multiple operating systems has never been easier, safer, or more fun.”

Current Parallels Desktop users can upgrade their existing software to
version 3.0 for only $49.99 – a $30 savings versus buying a new copy. Users
can easily purchase the upgrade by clicking “Check for Updates” in the
Parallels Help menu and following the on-screen prompts. Users can also
purchase an upgrade at www.parallels.com/en/buyonline.

Businesses, schools, non-profit organizations and government agencies
should contact their Parallels Solutions Manager or authorized reseller to
upgrade their organization’s Parallels deployment. Volume pricing and
site-license opportunities are also available for new customers by
contacting the Parallels Sales Team at sales@parallels.com or 425-282-6400.
Distribution of the upgrade will be managed by Parallels’ exclusive U.S.
distribution partner, Tech Data Corporation.

“Tech Data’s AppleAdvantage Specialized Business Unit provides resellers
with a wide range of support for Apple-centric solutions,” said Brian
Davis, Tech Data’s vice president, Systems Product Marketing. “Our
exclusive partnership with Parallels helps strengthen that support by
enabling us to offer the latest virtualization solutions for Intel-based
Macs. Our customers can now leverage Parallels for Desktop 3.0 for Mac to
offer their end users versatile Mac solutions that make the most of OS X
and Windows environments.” 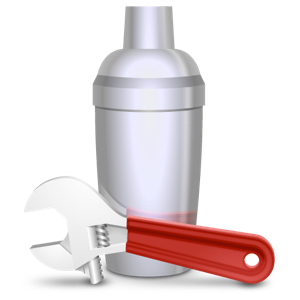