RuneSoft has made a 147MB demo available of its Chicago 1930 game available. “The real time-tactic-game ‘Chicago 1930’ captivates you to the time of prohibition, when the battle between police and mafia saw its golden age. Chicago 1930 impresses with very detailed and varying backdrops offering dark courtyards and dubious brothels as well as monumental buildings of large towns. Embedded in the atmosphere of mafia-like activity as well as the style of the thirties, you have to succeed in procuring the leadership of the city to ‘your’ side (mafia or police), always being conscious about possible ambushes. Chicago 1930 Demo 1.0 requires Mac OS X 10.3.9 or later. [Link credit Macworld] 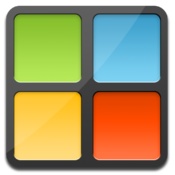