Prosoft Engineering today announced Data Backup 3, the latest iteration of the company’s backup solution for the Mac. New features in version 3 include: new user interface; backup to CDs and DVDs, automatically spanning on multiple disks; Fast Start feature skips scanning and speeds up backups dramatically; automatically wake from sleep to backup; automatically power off after your backup completes; go “back in time” and see your files and directories, as they were when your backups happened; and more. Data Backup 3 will be available in early February. Pricing was not announced. 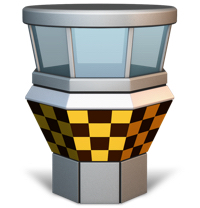