Aspyr Media today released a free demo for id Software’s QUAKE 4 for Macintosh. QUAKE 4 is a Universal Mac title, running natively on both PowerPC- and Intel-based Macintosh computers. “The long-awaited sequel to QUAKE II, QUAKE 4 enlists gamers in the role of Matthew Kane, a member of the legendary Rhino Squad, to penetrate deep into the heart of the Strogg war machine and engage in a series of heroic missions to destroy the barbaric alien race.” 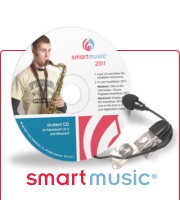