TORONTO ON, 22 June, 2006 — Marketcircle Inc. has released a new developer
kit for its award-winning Mac productivity management software Daylite 3
that helps write new plug-ins and widgets. The company has also announced a
“Grow with Daylite” contest for plug-ins and widgets that use the Daylite 3
Developer Kit.

The Daylite 3 Developer Kit plug-in and widget contest runs until the end
of August, with prizes announced in September — $1000 for best plug-in and
$500 for best widget. Contest details and the free Developer Kit download
are available at http://www.marketcircle.com/ GrowWithDaylite .

Using the new developer kit, Marketcircle has already released Daylite 3
open source plug-ins for Flickr, Google and MapQuest that work within the
business productivity package. As well, Daylite 3 Independent Software
Vendor (ISV) partners such as GammaStream Technologies are opening up new
markets and revenues for their software by taking advantage of the kit.
GammaStream has released Daylite 3 plug-ins for DayPhone, CrowMatrix and
DayPost.

“At GammaStream, we have always worked to build solutions that facilitate
business processes for our customers,” said Michael Sacket, President of
GammaStream Technologies. “With the Daylite 3 Developer Kit, we’re thrilled
by the opportunity to deliver better, more integrated, solutions for our
customers.”

To increase the utility of Daylite 3, Marketcircle’s President is inviting
all Mac developers — open source as well as ISV, to take advantage of the
product’s new developer kit. “Our Grow with Daylite plug-in and widget
contest is designed to put a stronger focus on the Mac as a business
application platform,” said Alykhan Jetha.

Designed for the unique needs of Mac-based businesses of 1-50 people,
Daylite 3 is the latest version of Marketcircle’s award winning
productivity management software and the only Mac-based productivity
management application that helps an organization at every stage of the
business cycle. From delivering projects to identifying and qualifying
opportunities, Daylite 3 is a powerful resource for tracking and managing
business activities and outcomes. Daylite 3 runs seamlessly on Apple’s new
generation of Intel-based Macs as well as previous models that rely on the
PowerPC microprocessor. 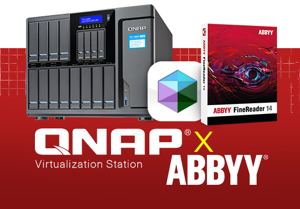