Creative Technology says the US International Trade Commission has launched a probe into whether Apple’s iPod digital music player infringes on its patent, reports Reuters. “The probe marks the latest in a string of legal scrapes between Apple, maker of the market-leading iPod, and Singapore- based Creative, the world’s number two MP3 player maker,” notes the report. “Earlier in June, Apple filed a second patent infringement lawsuit in the United States against Creative, which itself has filed patent complaints against Apple in a federal court.” 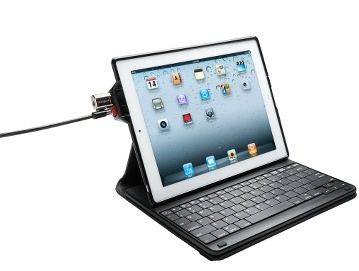 KeyFolio Secure secures your iPad 2 — and lets you type