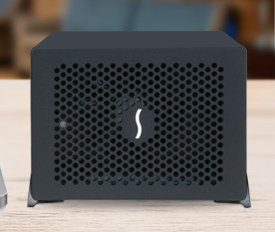 The Echo Express SE III features three x8 PCIe 3.0 slots, accommodates full-height, half-length+ (up to 7.75 inches long) PCIe cards, and connects them to one of the Mac’s Thunderbolt 3 ports via the included 0.5-meter Thunderbolt 3 cable. The unit supports nearly every Thunderbolt 3- and Mac-compatible PCIe card available, except those longer than 7.75 inches in length or with auxiliary power requirements.

The Echo Express SE III provides two Thunderbolt 3 (USB-C) ports. One port is reserved for connection to the computer, while the second supports daisy chaining of up to five additional Thunderbolt peripheral devices plus two 4K monitors or one 5K display, or a single USB device. The system provides up to 15W of power to any connected peripheral or host.

The system includes an automatic, temperature-controlled, variable-speed fan that cools the cards quietly, with energy-saving operation that powers the unit on and off automatically with the computer. The Echo Express SE III sports an aluminum housing and a Sonnet ThunderLok 3 Thunderbolt connector retainer clip.

The Echo Express SE III is expected to be available May 22 at a suggested retail price of $499. More information is available at www.sonnettech.com/product/echoexpressse3.html. 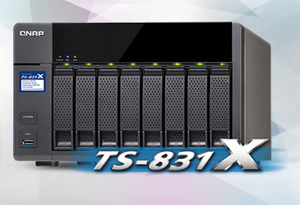 We need more connectivity for our iPads