iTools 8.2.2 Updated to Apache Gold
Maintenance updates for both Apache and iTools

Apache 2.2.2 has new architectural features resulting in significantly
improved memory and disk utilization, support for files greater than 2GB, a
new database API and new database modules, enabling database applications
to work more efficiently. These and a legion of other improvements
contribute to the faster performance, and, coupled with the blazing Mac
mini Intel processor, now benchmark Apache on an Intel Mac mini at greater
than dual G5 performance. And iTools makes all this a snap to manage.

Tenon’s iTools is an eighth-generation commercial web-based GUI for
configuration and management of the world’s most popular web server. The
open-source Apache web server has roughly a 60% market share, comprising 50
million web sites. With iTools, web-hosting providers can automate hosting
tasks and delegate administration, empowering customers and lowering
support costs. Sub-administrators can manage their own name or IP-based web
sites and view their own logs, without compromising the privacy of the
multi-server machine.

iTools works equally well on Mac OS X ‘client’ or Mac OS X Server and can
be combined with Tenon’s multidomain Post.Office mail and list server and
WEBmail, a web-based mail client. iTools, in two separate packages, one for
Intel and one for PPC, is $349. An iTools bundle that includes Post.Office
and WEBmail and one year of support is $999. See the Tenon web site
(http://www.tenon.com) for more details and to purchase.

Founded in 1989, Tenon Intersystems is a leader in high-performance
networking. Tenon technology has provided the framework for world-class
networking on the Macintosh for over a decade. Tenon is continuing that
tradition with world-class Apache administration. Tenon Intersystems can be
reached in the U.S. at 805-963-6983, by the internet at sales@tenon.com, or
via the web at http://www.tenon.com. 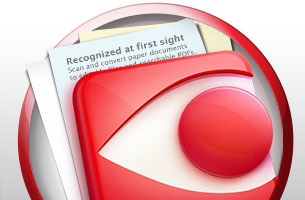