“Some of the more exciting features that we have added are Lasso AJAX tags
or LJAX as we like to call them, they enable interactive page updates,”
said Brett Circe, president of OmniPilot Software. “For the first time,
Lasso will natively support five databases including Oracle, MySQL,
Filemaker, PostgreSQL, Openbase, SQLite, ODBC, and Microsoft SQL Server.”

* Universal Binary for Intel Mac: Native support for the best speed and
compatibility.

* Shell Support: Allows access to native processes within the OS.

“We are pleased to announce the official release of Chart FX for Lasso, not
only are we bringing Chart FX to the Lasso community but we are also
bringing an enterprise-level charting solution to the Mac and Linux
communities,” said Brett Circe, president of OmniPilot Software.

“Software FX is happy to provide Chart FX for Lasso developers to display
their data in a robust and efficient manner,” said Robert Williams, Vice
President of Software FX. “Lasso developers will immediately gain over 12
years of data visualization and analysis maturity in Chart FX for Lasso. We
hope that solutions like Chart FX add to the enterprise viability of the
Lasso platform.”

Chart FX for Lasso Developer is included FREE with Lasso Developer 8.5 that
is also being released today. This combination allows developers to build
and test dynamic Web applications with data visualization before investing
in a server for deployment. In addition to the free developer, the Chart FX
Designer for Eclipse will be included within Lasso Studio for Eclipse, and
will retail for $199. Lasso Studio for Eclipse will be released in the
Summer of 2006. Chart FX for Lasso retails for $999.

About OmniPilot Software
OmniPilot Software, Inc. is a software development company offering
cross-platform business management solutions designed to help
small-to-mid-sized businesses (SMBs) optimize their online presence. In
2006, OmniPilot celebrates the 10-year anniversary of Lasso, which survived
the boom and bust of the dot.com era because of its loyal following. It has
grown from a simple scripting language on the Mac to an enterprise
programming language for Mac, Windows and Linux. Lasso is a secure
corporate alternative to open source Web development languages. OmniPilot’s
software is used by over 15,000 corporations worldwide from The Golf
Channel to NASA, as well as over 1,000 educational institutions from
Massachusetts Institute of Technology (MIT) to the University of Houston
(UH) to name a few. For more information visit (http://www.omnipilot.com/). 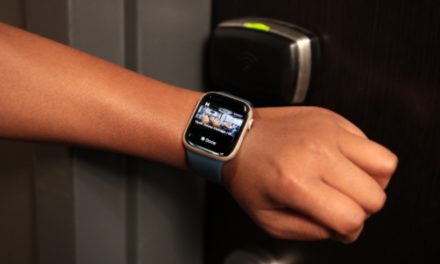