As reported earlier today, one lucky winner has downloaded the one billionth song from the iTunes Music Store. Apple has now officially announced the winner of the promotion. “The billionth song ‘Speed of Sound’ was purchased as part of Coldplay’s X&Y album by Alex Ostrovsky from West Bloomfield, Michigan and as the grand prize winner he will receive a 20-inch iMac, 10 fifth generation iPods and a $10,000 gift card good for any item on the iTunes Music Store. In addition, Apple will establish a scholarship to the world-renowned Juilliard School of Music in his name to commemorate this milestone.” 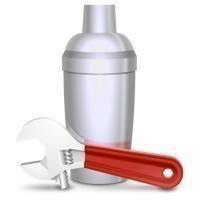 Iconfactory foreman to appear on TechTV