Garmin today announced that it will immediately begin to make its line of GPS and mobile electronics devices compatible with Mac OS X 10.4, which the company says makes it the first major GPS designer and manufacturer to announce direct support for Mac OS X. Beginning in spring 2006, Garmin will offer a Mac version of its popular Training Center software, and the company plans to have made all its hardware and software applications Mac OS X compatible by the end of 2006. 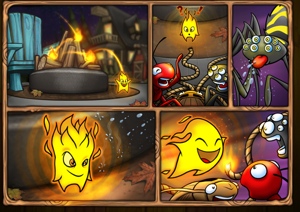