Pricing and availability for SQLGrinder 2

Pricing for the new version has been set at $59. During the beta period
however, SQLGrinder 2 can be purchased for the current price of $49.95 with
purchasers receiving a free upgrade to the final version once available.
Owners of the current version can purchase an upgrade for only $19 by
sending their current registration information to upgrades@sqlgrinder.com.

SQLGrinder 2 for Mac OS X is currently available for a limited time as an
unlimited beta version.

The beta of SQLGrinder 2 can be downloaded from the Advenio web site at:
http://www.advenio.com/sqlgrinder/download.

About SQLGrinder 2 for Mac OS X

SQLGrinder provides many features that add to developer productivity and
make building SQL queries and database schemas easier than it has ever been
on the Macintosh:

Centered in Lewiston, ME, Advenio specializes in commercial and custom
applications development, and in services for Mac OS X, including
application design and user interface consulting. For further details,
please visit our web site: http://www.advenio.com 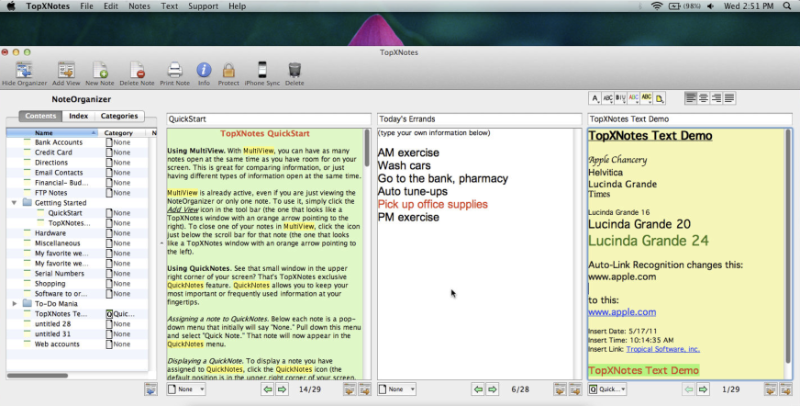 TopXNotes for macOS revved to version 2.0