ShowMacster v1.4 not only sports a user interface refinement, it also comes
with a set of brand new features and finally fixes the iGlasses conflict!

– Sketchboard is ShowMacster’s new tool which enables the user to draw
right inside the current streaming picture. It makes it possible to draw on
a blank sheet or any photo. The drawing is updated live as ShowMacster
streams any changes instantly.

– Quickdrop lets the user start slideshows immediately without the need of
importing the media files. By dropping several files or a folder filled
with different media files out of the Finder onto the Quickdrop field,
ShowMacster starts presenting them to the opponent. Three navigation
buttons give the user control over the presentation.

– ShowMacster has now a built in update check.

– The user interface has been redesigned by replacing the previous buttons
with an action button. It bundles the file organisation and the activation
of Sketchboard and Quickdrop.

With the release of ShowMacster v1.4, the ShowMacster homepage
(http://www.showmacster.com) has also received a facelift. A more user
friendly navigation concept, a new “Features” page and several QuickTime
movies offer not only a better overview but also allow a detailed look at
ShowMacster.

ShowMacster is an extension to Apple’s iChat AV which enables the user to
stream pictures, Quicktime movies and live screen captures during video
conferences.

ShowMacster is seamlessly integrated into iChat AV, adding a drawer to the
video chat window. By pressing a button or hotkey ShowMacster will switch
from the current iSight video stream to whatever assigned picture, movie or
live screen capture.

Thus, ShowMacster not only enables the user to show slide shows of his
pictures or video clips but also to illustrate his actions on his screen to
his opponent.

For more information and a free downloadable trial version of ShowMacster
visit http://www.showmacster.com 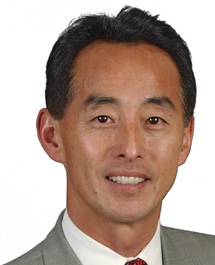