Seattle, WA — April 28, 2005 — The Omni Group has announced updates for
OmniGraffle and OmniOutliner that will include support for features in Mac
OS X v10.4 “Tiger.” The new versions will be available the same day Tiger
ships: April 29, 2005.

The Omni Group’s diagramming and drawing program, OmniGraffle and
OmniGraffle Professional, will include support for Spotlight’s new search
functions. Spotlight for Mac OS X Tiger allows users to search files and
applications, not just for titles but for the contents inside files or
documents as well.

“Tiger is by far the most impressive update to the Macintosh operating
system since the initial release of Mac OS X itself,” says Ken Case, CEO of
The Omni Group. “With new technologies like Spotlight and Automator, Apple
has made sweeping changes under the hood which deliver immediate workflow
benefits to our customers. We’re very pleased at how easy it was to
integrate Tiger’s new technology into our productivity applications, making
it possible to quickly search for and process OmniOutliner and OmniGraffle
documents.”

“Tiger has hundreds of new features, like Spotlight and Automator, which
make it the most advanced operating system in the world,” says Ron Okamoto,
Apple’s vice president of Worldwide Developer Relations. “We’re thrilled to
see The Omni Group leverage the innovations in Tiger to develop unique and
powerful productivity tools.”

With Spotlight, you can search for OmniGraffle files that contain specific
text items in shapes or on labels, and you can search by number of shapes,
canvases, or layers. Find all your OmniGraffle files that contain five or
more shapes, or include the word “network,” then save your searches with
Spotlight’s Smart Folders feature that automatically updates as you add,
modify, and remove documents.

OmniOutliner and OmniOutliner Professional will also be updated with Mac OS
X Tiger-specific features. The outlining and organizational application
will include support for Spotlight, so all OmniOutliner documents can be
searched for text in text columns, names and count of named styles, names
and count of columns, number of rows, number of checked/unchecked and mixed
state rows, maximum item depth, and number of attachments. You could write
a Spotlight query like “find all the OmniOutliner 3 files that have a named
style called ‘Urgent’ with some unchecked items”.

OmniOutliner will also include a suite of Automator actions in an upcoming
beta. Automator for Mac OS X Tiger allows you to create Workflow files that
perform batch operations on documents without having to learn a scripting
language. With Automator, you will be able to automate tasks in
OmniOutliner easily, without needing to use AppleScript.

The updates will be free for licenseholders and will be available at:

ABOUT THE OMNI GROUP:
The Omni Group develops productivity applications exclusively for Mac OS X.
The Omni Group is the developer of OmniWeb, a web browser offering far more
than standard browsing features which won a 2004 Macworld Editor’s Choice
Award; OmniOutliner, an outlining and organizational tool which was awarded
first place, US category, in O’Reilly’s 2003 Mac OS X Innovators Contest;
and OmniGraffle, a diagramming application that won both a Macworld
Editor’s Choice Award and a MacUser UK Maxine Award in 2003. Founded in
1993, The Omni Group is located in Seattle, WA. 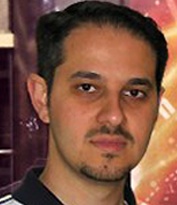