Confirming months of speculation, Apple has officially renamed its Rendezvous networking technology to “Bonjour.” Apple said it planned to rename Rendezvous last year as part of a trademark settlement with TIBCO Software, which filed suit against the company in August 2003 for trademark infringement, claiming that it had been using the Rendezvous name since 1994. Apple was expected to change the name to “OpenTalk” based on a trademark application it filed on July 8, 2004 with the U.S. Patent and Trademark Office. However, the company filed another identical application on January 28, 2005 for Bonjour. [Link credit to Daring Fireball] 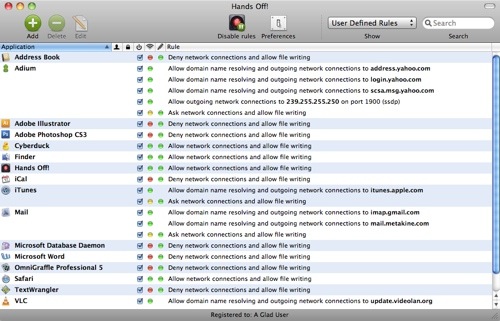