Apple on Wednesday posted a net profit of US$290 million, or 34 cents a share, for its fiscal 2005 second quarter ended March 26, 2005. These results compare to a net profit of $46 million, or 6 cents per share, in the year-ago quarter. Revenue for the quarter was $3.24 billion, up 70 percent from the year-ago quarter. Analysts surveyed by Thomson First Call estimate that Apple will earn 24 cents a share on $3.25 billion in revenue. Apple said it shipped 1,070,000 Macs and 5,311,000 iPods during the quarter, representing a 43 percent increase in CPU units and a 558 percent increase in iPods over the year-ago quarter. “We are delighted to report a record second quarter for Apple in both revenue and earnings,” said Steve Jobs, Apple’s CEO. “Apple is firing on all cylinders and we have some incredible new products in the pipeline for the coming year, starting with Mac OS X Tiger later this month.” 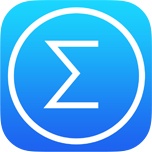