Today, DVForge, Inc. announces the Mac OS X Virus Prize 2005, where our
company is openly challenging all of the computer coders of the world
to go after the $25,000 cash prize that we are offering to the first
person to successfully create and deploy an “in the wild” active virus
for the Mac OS X operating system.

For the contest, a ‘virus’ is defined as executable code that attaches
itself to a program or file so that it can spread from one computer to
another, leaving infections as it travels between computers.

For the contest, an ‘in the wild’ virus is defined as one that is able
to spread as a result of normal day-to-day usage onto two or more
randomly selected computers that are connected only via the internet.

“Symantec Corporation has recently released information to the press
suggesting that they believe that the Mac OS X platform is at
substantial risk to a new virus infection, and that the principal
reason that OS X presently has zero in-the-wild virii is simply the
lack of interest by virus coders, due to the platform’s comparatively
small market share,” says DVForge CEO, Jack Campbell, “We recognize
that assessment as complete nonsense, and, we have chosen to make a
challenge that is interesting enough to grab the attention of any
malicious coder… $25,000 worth of interesting. I happen to believe
that Apple should be offering this prize. But, since they have not, I
will. On behalf of knowledgeable Mac users everywhere, I am putting my
money where my mouth is.”

We have designated two G5 Powermac computer systems, each running an
unmodified retail installation of OS X 10.3 Panther, each located in
the Hendersonville, Tennessee area, but located approximately 3-miles
away from each other in entirely different facilities. The only network
connection between the two systems is the internet. Both Powermacs are
in minimum 8 to 12 hour per day, five to seven day per week usage, and
run any number of popular Mac software applications. Each uses OS X
mail.app as the email client, and Safari as the web browser, with
neither machine or its LAN having a firewall in use. Each is connected
to the internet through an unencrypted Airport network, to a full T-1
line.

Each day, we will scan both Powermacs for the presence of an OS X
native executable virus, using a commercially available virus scanning
utility. The day we locate a copy of the same virus running on both
Powermacs, that virus is the winner of our contest.

To win the contest, the person coding the virus must submit an email
notice to us with a transcript of at least 32 contiguous characters of
code included in the virus, a brief description of the functionality
and symptoms of the virus, and contact information for contest
notification and payment of the $25,000 prize. The prize will be
awarded to the person whose 32-character code sample, and functionality
and symptoms description match the actual virus detected on the two
contest Powermacs.

There has been much misinformation publicized recently about a supposed
risk to the OS X operating system from virus attacks, with the ‘risk’
supposedly increasing as Mac computer sales are increasing. As a Mac
dedicated business, and as a group of long-term Mac users, we know that
these warnings are not true, and that there are a number of fundamental
safeguards against virus attacks that keep the OS X operating system
without its first in-the-wild virus. The ‘small number’ of Macs has
nothing to do with the lack of virus incidents. It is the architecture
of Apple’s operating system that protects its users from these bugs.

We are operating this contest until midnight July 31, 2005. Should the
conditions for winning be met prior to that time, we will immediately
award the $25,000 payment to the virus developer who succeeded in
cracking the Mac’s inherent immunities.

DVForge, Inc. specifically invites the programming staff at Symantec
Corporation to participate in our contest by creating and successfully
delivering an executable virus to the two contest Powermacs. Should an
employee or independent contractor of Symantec corporation win the
contest, we will double the prize to $50,000 to that person.

Complete details on the DVForge Mac OS X Virus Prize 2005 contest can
be found at http://www.dvforge.com/virus.shtml .

ABOUT DVFORGE, INC.
Tennessee-based DVForge, Inc. is one of today’s fastest growing
consumer technology companies, specializing in high-style,
high-function products in the computer, audio, pro music, and
performance software product sectors. It develops, sells and supports
industry-leading consumer technology products under a variety of market
specific brands, including MacMice, ProSticks, PodBuddy, JamPlug, and
others to launch in the near future. 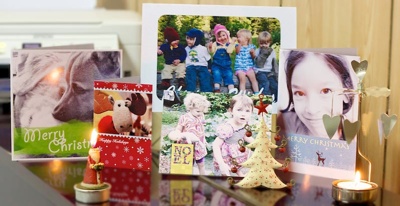